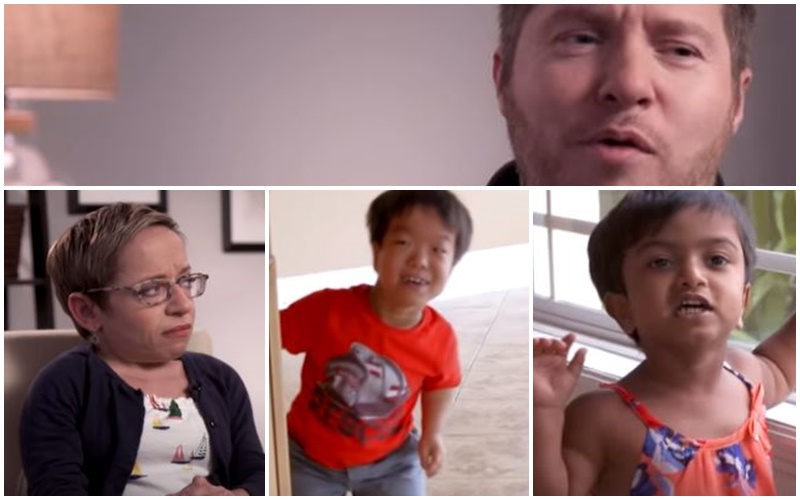 The Little Couple family adore the NFL season. The only problem is, they all support different teams. So that means a division of loyalties with the family. Actually, that could certainly spice things up. Will, now ten-years-old, got his Seattle Seahawks shirt for Christmas. But, Jen and Bill support other teams. And, as for Zoey? Maybe she just supports the winning team!

The Little Couple – Will’s passionate about his NFL team

Will looked so grown up in his new Seattle Seahawks shirt. Actually, the little boy suddenly shot up like a weed. These days, he loves his chosen NFL team. However, it seems that Zoey’s yet to decide on her favorite. Dr. Jen Arnold took to her Instagram on Monday. There, she shared a photo of her husband Bill Klein, herself, and young Will. Each of them wore a different shirt!

The Little Couple mom captioned her post with, “A house divided… Only question is which team is Zoey rooting for? @nfl @steelers @nygiants @seahawks.” Of course, fans wanted to know why Jen supports the Steelers?  Well, it turned out that she loves that team because she “lived in the ‘burgh during residency and fellowship training for 7 years.” So, that’s how she became a “lifelong fan.”

Watch out for Steelers converters!

It seems that those people from Pittsburgh might actually woo you away from your favorite team! Maybe steer clear of them during the season. As one TLC fan noted, “once you live in the burgh there’s no way to not be a fan. Lol. We moved to FL for 10yrs and turned multiple friends of ours down there into life long steeler fans.” Maybe when she finally decides who to root for, Zoey leans that way as well.

The Little Couple supports one team that they share a common love for. And, Jen guessed that maybe Zoey’s loyalties lie there, The whole family enjoys supporting Houston Texans. Jen said, “the only team we all support equally 😊. Guessing that’s Zoey’s team.” Naturally, people from Texas reckon Zoey goes for “the win.” One fan joked that Zoey’s the “most intelligent one in the family.” Therefore she should become a “Patriots fan ! 😂”

A house divided… Only question is which team is Zoey rooting for? @nfl @steelers @nygiants @seahawks #besafe #littlecouple

Unfortunately, the post once again highlighted the division in America. Many of The Little Couple fans said they no longer support any NFL team. One person noted, “No football in our house…we stand for our flag and country.🤷🏻‍♀️” But, that doesn’t mean people don’t watch at all. Deadline reported that “the primetime matchup between the victorious Kansas City Chiefs and the Houston Texans snared 19.3 million [digital] viewers on NBC this weekend.”

What do you think about The Little Couple family each supporting different NFL teams? Do think that might spice things up? Sound off in the comments below.