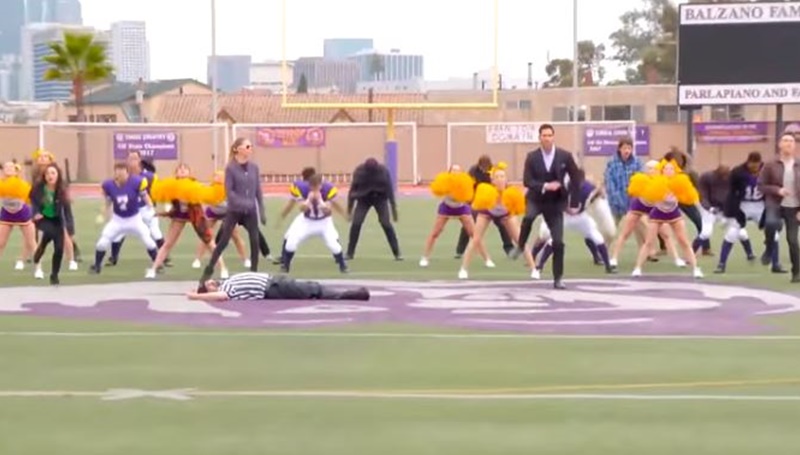 Lucifer Season 5B gets a musical episode. Apparently, Tom Ellis (Lucifer) thinks it is the best thing ever and he sounds very excited. A sneak peek came out during the DC’s FanDome event. It came just two weeks after Tom Ellis tweeted about the show releasing 13 musical performances from the cast.

Lucifer – a musical that took a lot of planning

Apart from revealing the sneak peek, ET sent along Katie Krause who interviewed Tom and some of his co-stars. They all seemed very enthusiastic about the musical. Speaking to Tom, the outlet noted that he said, “I feel like I have won a competition.” He also noted that he really has “the time of [his] life.” Simply put, he can’t wait for “people to see this episode.”

Talking more about it, Lucifer’s lead referred to the many musical and dancing moments in the show. But, they never focused solely on a big musical episode before. Tom said that they hoped for the opportunity but needed to wait for the right moment. He noted, “There needed to be a reason for the music and dancing to happen.” Furthermore, it brings a different message to speech.

The combination of dance and music makes for magical moments. As Tom pointed out, “Music is the way into people’s souls a little bit, and it’s an unspoken language. It taps into a place that maybe the spoken word does not.” The outlet also spoke to Lauren German who acts as Detective Chloe Decker. She is also full of praise for the musical episode. Both of the stars complimented each other on their performances.

In once instance, Lauren actually gets moved to tears. She described it as, “Lucifer is in a difficult place, and Tom goes into song… and I was in my trailer just crying at how beautiful the moment is and just knowing the moment in the story, it brought tears to my eye.” So, it looks like fans can expect a very touching and moving moment there. And, remember God came in at the end of the last season? Well, Tom hinted that his “dad” might even be a part of the musical episode.

Fans react to the sneak peek for Lucifer

On YouTube, in the comments, a lot of people responded to the news. One witty person commented, “Moment of silence for the referee that has to play dead for about 3 days straight.” Another one hoped, “Imagine Lucifer sings Can’t Help Falling In Love to Chloe, and thats how he tells her “I love you.”

What do you think about Netflix bringing a musical episode to Lucifer? Are you excited about it? Can you guess how they bring the song and dance into the storyline? Sound off in the comments below.