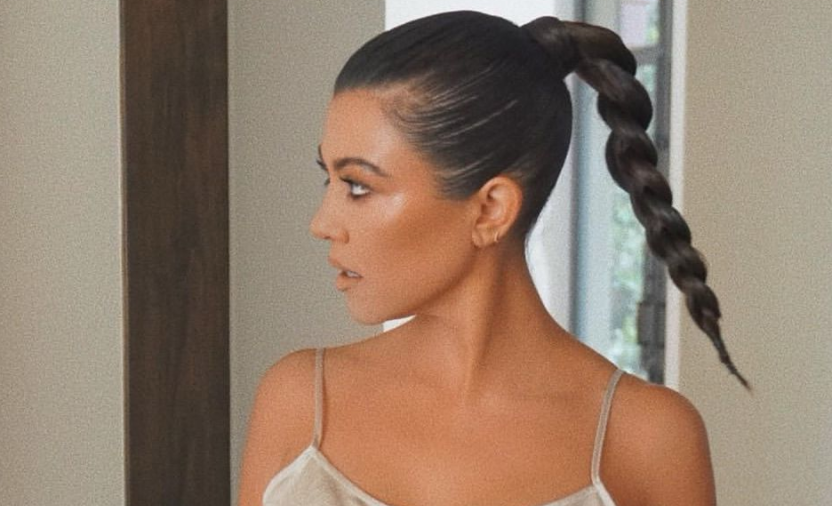 Kourtney Kardashian and Scott Disick have a rich history. In the new season of Keeping up with the Kardashians, they are hinting at adding another baby to their family.

The promo for one of the final seasons of Keeping up with the Kardashians has finally aired. In it, there is lots of interesting information. One in thing particular though has fans doing a double-take. It seems as though the topic of baby number four will come up for Kourtney Kardashian and Scott Disick, US Weekly says.

Apparently, Scott has talked about the possibility. Now, Kim Kardashian and Kris Jenner are asking Kourtney about it. Of course, they also want to know if Kourtney and Scott will get back together or, have another baby.

“Scott’s like, ‘We’re going for baby No. 4.’ Was that serious? I want to know,” Kim Kardashian asks. Kris Jenner continues asking, “Are you pregnant?”

Of course, they aren’t going to give away anything good, so fans will have to tune in to see if anything comes from that conversation.

However, earlier this year it kind of sounded like Kris Jenner was ready for Scott to be with Kourtney again. Especially for the kid’s sake.

“I would hope he can kind of get his act together,” Kris Jenner says. “They’ve got all these kids together. I think always it’s the best for the kids to have a mother and a father that’s right there all the time. I don’t know if that’s ever gonna work out.”

Kris continues saying: “So many of [my kids] had never gotten married but had families and all the kids seem to be doing great. They’re just great kids. Kourtney and Scott are both good parents. Whether they work it out themselves for a lasting relationship, I don’t know. That’s a Kourtney question.”

There’s really no telling if Kourtney and Scott will be able to make it work. He recently broke up with his most recent girlfriend, Sofia Richie and since then the two have been hanging out much more. If they are happy together, hopefully, they are able to make things work out for them and their children.

Do you want Kourtney Kardashian and Scott Disick to get back together? Let us know what you think in the comments below. Come back to TV Shows Ace for more news on all of your favorite Kardashian family members.

Where Is ‘Unexpected’ Alum Diego Reyes These Days?
‘OutDaughtered’ Season 8 Finale Gets Fans Raving For More
Carlin Bates Slammed For Exploiting Layla In New YouTube Video
This May Explain Why Josh & Anna Duggar’s Assets Aren’t In His Name
‘LPBW’ Star Tori Roloff Loves Her Belly And Her Bum