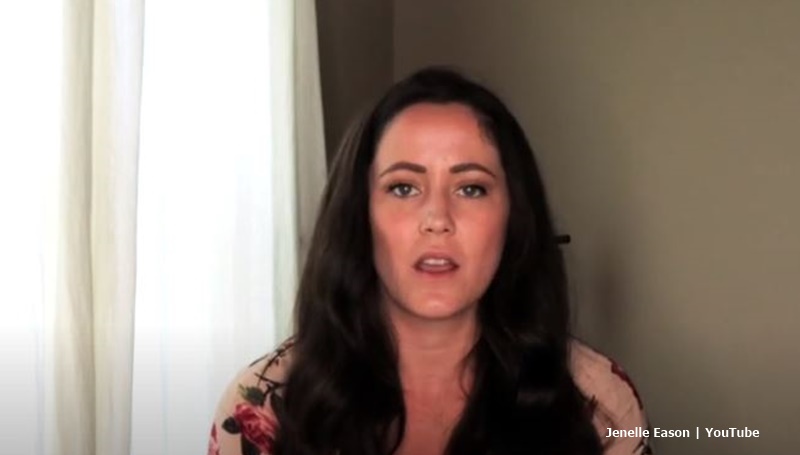 Jenelle Evans started her personal docuseries a few weeks ago. On her YouTube Channel, it documents her side of all the drama surrounding the killing of Nugget the dog. Plus, it delves into the kids and the custody case. In Episode 3, fans hear about the search warrant and her talking about police harassment.

Jenelle Evans on I Have Something To Say Episode 3

Jenelle promised her fans that one day, they’ll see her back on TV. Her current docuseries isn’t actually TV as such, but it delivers interesting content. Actually, the docuseries looks rather well put together.  Each episode in her docuseries runs for 25 minutes. This one starts with reporters talking about the dog killing being a publicity stunt. Nina Parker raved about Jenelle and called it a really bad “publicity” stunt.

Then Jenelle Evans cuts to herself, and she speaks about how the CPS situation was going. They had the dog incident happen, and then MTV let her go. But, for her, it got even worse. She said that “the cops ended up at our house with a search warrant.” She said they weren’t at home at the time, as they visited a “friend in South Carolina.” At about 10 PM, the police called David Eason. They said they had a search warrant.

David speaks about his Ring camera going off

David spoke to the camera next and said he got a notification that his Ring doorbell camera went off at the door. He could see what went on and he said he saw the sheriff with about 12 police cars in his yard. As David explains, “you’d think they were looking for someone who robbed a bank.” Then, Jenelle said that the police told David, if he wanted to be there then he better hurry up, or they’d “kick down” the door. Jenelle Evans said they told him they’d go in whether he got there or not inside of 30 minutes.

David said he called and told them he was on his way but only got there about 45 to 50 minutes later. When he arrived, they told him the search warrant was for a missing dog. David said he played dumb as he had nothing to tell them. He said what he does on his property is his business. And, he pointed out they had a search warrant, not an arrest warrant. Meanwhile, Jenelle pulled up Ring camera footage of the search. As Janelle points out there’s a lot of cops in the house.

There’s plenty more stuff on the video that the Teen Mom alum put up and you can watch the whole thing below:

David claimed that he wanted to be inside his house if anyone searched it. And, he refused to leave and let them do their own thing inside his home. Then Jenelle Evans’ docuseries showed David recording from inside the house. David didn’t resist them searching,  but he also refused to leave them alone while they did it.

What do you think of all this? Sound off in the comments below.