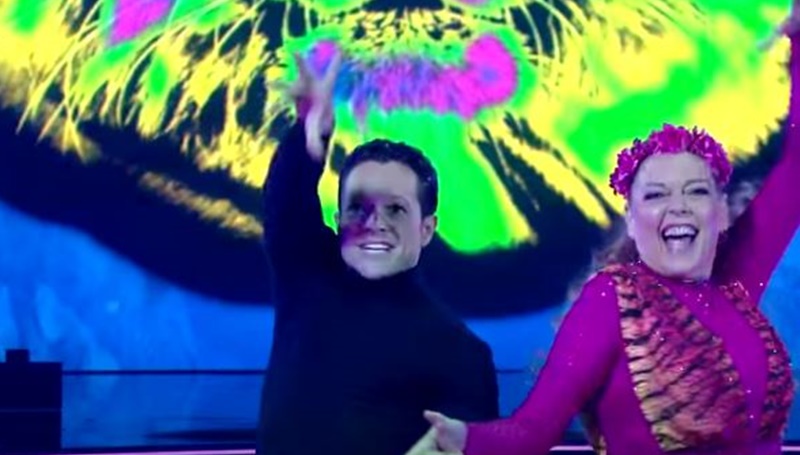 DWTS fans weren’t hugely surprised that Carole Baskin’s first dance was done to Eye of the Tiger. Actually, plenty of them called it long before, over on Twitter. But, nobody, and certainly not Carole, expected her missing husband’s family to run their commercial just before her segment this week. The Tiger King star responded to it by simply trying her best in Dancing With the Stars.

DWTS – Carole Baskin heard about the commercial just before her dance

Carole didn’t know that Don Lewis’s family arranged for a commercial ahead of the show. According to TMZ, the advert was paid for by the family legal reps. In it, her ex-husband’s kids pleaded for info about the disappearance of their dad. Don’s previous assistant also featured in it. Actually, it looked like a calculated slap at Carole, who people believe is implicated in his death and disappearance.

The outlet noted that in the advert, the “family lawyer says they deserve answers and asks the public if Carole was involved.” Ouch! Then, they offered money as a reward for good intel. Imagine if you knew about the commercial just minutes before you took the floor for the Mirrorball Trophy! Well, it seems that Carole took it rather well. After all, she claims she first knew about it just “ten minutes” before the DWTS show.

According to The Metro UK, Carole said, ‘Someone (a reporter I won’t name) made sure that I knew about it 10 minutes before going out on the dance floor tonight and you can see that it did not keep me from bringing the best performance of my two weeks of learning.” Well, Carole picked up some Dancing With the Stars fans. And one of them commented on Twitter about the commercial.

They wrote, “Carole Baskin dancing to Eye of the Tiger on #DWTS  is one thing but the airing of the commercial of her missing ex husband that his family bought is f–king savagery!” One Tweeter seemed not sure whether to laugh or cry. They commented, “omfg they did NOT purchase a tv spot during #dwts for Carole Baskin’s husband

And, another person noted, “The family of Carole Baskin’s missing husband buying a commercial spot during her debut on DWTS is the kind of savagery I’d love to see from @JoeBiden and @KamalaHarris.”

Carole Baskin on #DWTS is already a lot, but on top of that she chooses to dance to Eye of the Tiger AND the family of her missing husband buys a commercial to air during her debut on the show. Like I just can’t💀

Tiger King and allegation of murder

If you don’t know, the DWTS contestant previously starred on Tiger King on Netflix. During the show, news emerged that her husband disappeared and her rival, Exotic Joe, suggested she killed him and fed him to the tigers. However, she can’t face charges as so far, the allegations never got enough proof. And, the DWTS newcomer denies any involvement.