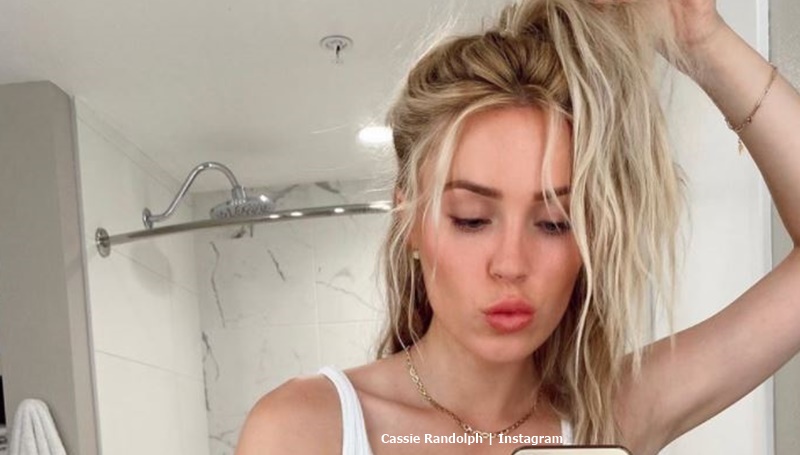 Bachelor fans heard about the split between Colton Underwood and Cassie Randolph. They seemed blissfully happy, but in May, she announced the bad news. But, it seems that Colton just can’t get over it. She filed for a restraining order. Now, she feels that Colton needs help.

We reported that Cassie apparently filed for a restraining order. Allegedly, Colton stalks her and even hangs out near her parents’ home at night. Court documents indicate that Colton sends Cassie text messages. And, he allegedly “planted a tracking device on Cassie’s car. The device was reportedly taped to the bottom of her back bumper so he could track her whereabouts.”

Cassie grows increasingly concerned. E! News reported that she never wished for the current situation. The news came via two different sources. One of them said that Cassie’s genuinely afraid of Colton nowadays. And, she hopes he gets the help he needs. Naturally, the Bachelor alum regrets that she took out a protection order. But, she feels afraid and also thinks it might help Colton get some help.

Kind of sad about Colton

Just a short while ago, Colton and Cassie both celebrated the release of his book. They saw a lot of each other during the quarantine. And, all looked well between them. So, it seems very sad that now, Cassie feels she needs the court to protect her from her ex-lover. One source noted, that Cassie went through some “draining days.” She hopes to move on from Colton, and she wishes that he does the same.

Unfortunately for Colton, Cassie feels that their relationship’s completely over and not retrievable. She wants him to get closure so they can all get back to normal. But with Colton stalking her, and sending odd messages about stalking and ex-boyfriends, she feels unsafe. Clearly, if half of her allegations prove to be true, then Colton could definitely use some help. In fact, the Bachelor star even admitted that he planted the tracking device on her car.

ABC guru, Reality Steve took to Twitter on September 15. He said, “I’ve seen the HollywoodLife and US Weekly story on Colton and Cassie. I’ve also seen tonight the whole report – with the screen shot evidence of the texts Colton sent to Cassie, her friend, her ex, and her brother. Completely out of line and uncalled for. Scary stuff.”

I’ve seen the HollywoodLife and US Weekly story on Colton and Cassie. I’ve also seen tonight the whole report – with the screen shot evidence of the texts Colton sent to Cassie, her friend, her ex, and her brother. Completely out of line and uncalled for. Scary stuff.

So, it looks like the person with the biggest problem is Colton. It sounds like the Bachelor Nation stars really have a genuine situation of stalking. If Colton needs mental health therapy, hopefully, he gets it started soon. Otherwise, this could escalate and end in many tears. Do you agree? Sound off your thoughts in the comments below.