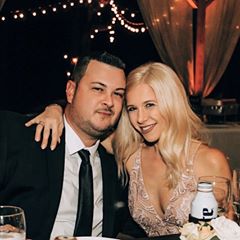 Chalie Potthast’s drunken behavior at his sister, Elizabeth Potthast’s, 2nd wedding, horrified 90 Day Fiance fans! Taking a look into Charlie’s past explains who he is and explains some of his mortifying behavior.

Charlie Potthast, from 90 Day Fiance: Happily Ever After, has kept fans on their toes. Elizabeth’s brother, Charlie, has made it no secret of his dislike for his brother in law Andrei Castravet. Coming along to their hate fest is Elizabeth’s sister, Jenn, father, Chuck, and Elizabeth’s mother, Pamela. This season of 90 Day Fiance, Elizabeth’s family dedicated an insane amount of time digging into Andrei’s past. A task that didn’t make Andrei look worse to fans but a little better in most people’s eyes.

In a recent 90 Day Fiance episode, fans watched as Andrei, Elizabeth, and her family as they were welcomed into Moldovia for a second wedding for Andrei and Elizabeth. They have married already in America, but the couple felt it was important that the couple had a second wedding with Andrei’s family. It took a bit to get this even done.

Instead of enjoying the beautiful country, Elizabeth’s family spend their time putting down their food choices and investigating the reason that Andrei left Moldovia for Ireland. After a lot of digging, Elizabeth’s family finally found that the reason Andrei left the police force and fled to Ireland was because of the pleasures of a Corrupt police force. Andrei’s confession seemed to bring peace to the family. The happiness didn’t last though!

Andrei and Elizabeth happily got married in a beautiful church on 90 Day Fiance, and later went on to have a spectacular reception! Flowers, dancing, and breaking of the bread, all took place as the smiling guest appeared to be having a great time and continued to enjoy the festivities. The problem started when, drunken, Charlie started making rude comments every chance he received! If that’s not enough, the inebriated Charlie decided to announce his thoughts of Andrei using Elizabeth’s dad for money. Don’t come to America and mooch off this guy (pointing to Charlie’s dad, Amdreis father in law).

According to Screen Rant, Charlie Potthast ironically has a shady past. In May 2005 Charlie was arrested on a DUI charge. During the hearing, Charlie pled not guilty and received a lesser charge of reckless driving. Charlie was placed on one-year probation and had to attend DUI school. That wasn’t his only issue with the law. In December 2006, Charlie was arrested on a third-degree felony charge, for possession of cocaine and two counts of the first-degree misdemeanor of possession of drug paraphernalia. Charlie entered a best interest plea. Once again, he was sentenced to probation, and that case was closed in 2008. So, he isn’t a saint by any means.

One thing is for sure, Charlie Potthast has no room to judge Andrei with such a shady past! So, make sure you catch new episodes of 90 Day Fiance on TLC.