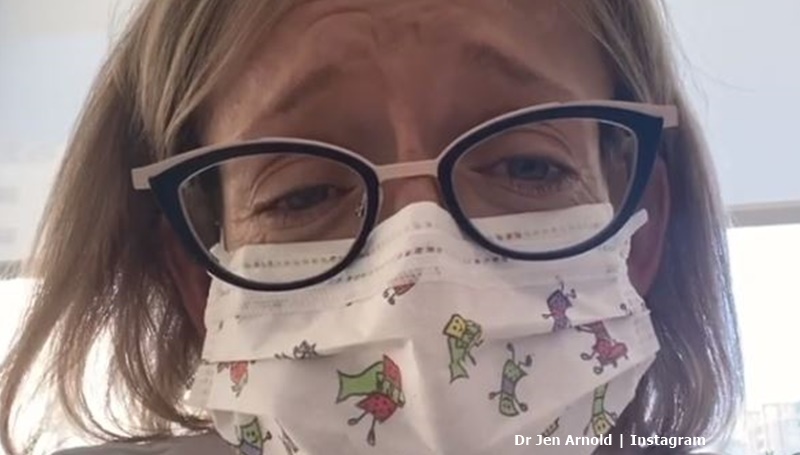 The Little Couple mom, Dr. Jen Arnold picked up some trolls on her Instagram. Actually, prior to the coronavirus, she hardly ever got hit on by haters. But feelings run so high about wearing masks, that someone even accused her of “child abuse” because Zoey wears one.

We reported that “during the COVID-19 pandemic, Jen reminds people via her Instagram to stay safe and healthy.” But when she talks about masks, trolls get all worked up and attack her for it. She’s a medical professional and a very highly qualified pediatrician. So, if she promoted no social distancing and encouraged people to dump their masks, that obviously would go against her training.

On Sunday, September 13, Jen shared a photo of her daughter Zoey. Actually, many people thought that Zoey looked super-cute wearing her brightly colored mask. While some The Little Couple fans thanked her for reminding people about wearing masks, others slammed Dr. Jen. One person who claimed to be a doctor started off the tolling.  They wrote, “Masks aren’t good for kids.” That started an argument, and one person even took it so far as to accuse Jen of child abuse.

In the replies to the person who claimed to be a doctor, people argued about kids wearing masks. Some people pointed out that some states make it mandatory for kids to use them. Jen Arnold lives in Florida, and the Sun-Sentinel reported that kids going to school must use them there. In fact, kids could get “punished” under the “Student Code of Conduct” if they don’t wear them.

Nevertheless, one person felt very strongly about The Little Couple mom. They said that they believe doing so amounts to “child abuse.” And another agreed. They commented, “100% child abuse.” But some people cautioned them. As one TLC fan noted, “I’d be careful about accusing someone of child abuse.” And, another fan wrote, “She’s over two years of age. So, I think she’s good. Better than good, she’s protected from those that DON’T wear…masks to keep others safe. Good on you Dr. Arnold and Bill Klein!” 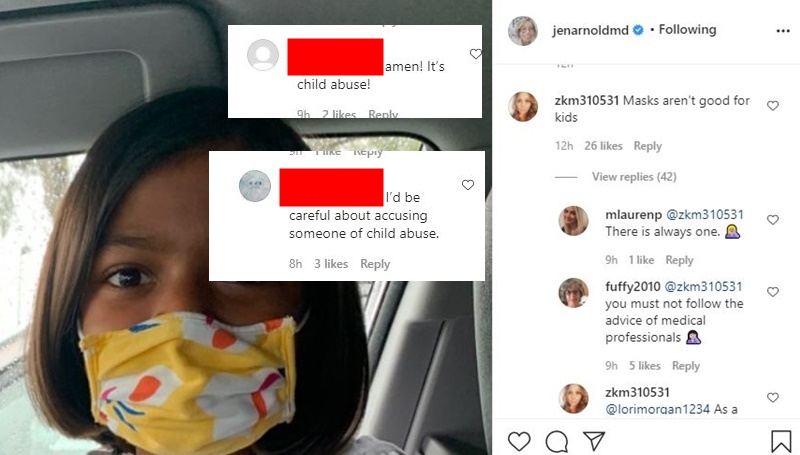 Mask-wearing seems yet another area that divides Americans. Many people claim that masks simply control the population. In fact, some conspiracy theorists suggest that masks represent the “mark of the beast” taken from the bible. Then, others slam everyone who leaves their mask off. So, no matter whether Jen Arnold shares about them or not, someone would probably complain.

What do you think about a critic suggesting that Zoey wearing a mask equates to child abuse? Is that taking it a bit far? Or, do you also hold similar sentiments? Sound off your thoughts in the comments below.