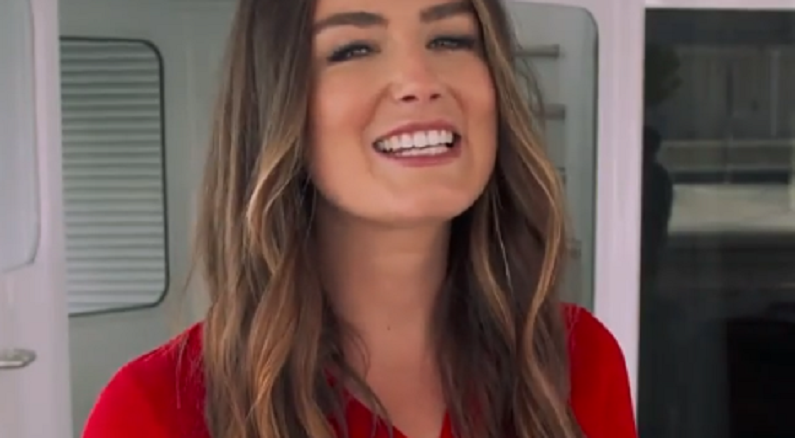 In the new preview for Below Deck Med, second stewardess Aesha Scott has a run-in with chef Tom Checketts. She ends up in tears after he lashed out at her. A few weeks ago, fans witnessed Tom’s behavior in the galley. He had a hard time getting his footing aboard The Wellington.

Tom Checketts had a full-blown rage in the galley during his first dinner. It got so bad that his girlfriend, bosun Malia White had to help him. Since then, she’s been helping him out in the galley. Some viewers don’t think it’s fair since prior chef Hindrigo “Kiko” Lorran got so little help when he struggled.

It’s hard for Below Deck Med viewers to imagine that Aesha Scott would make anyone made. She’s a ray of sunshine. Her personality was much-needed during this difficult season of Below Deck Mediterranean. She walked in with a can-do mentality and was impressed by everything that chef Tom did.

However, things get awkward between the two. In the exclusive clip for Monday night, September 14’s episode, Aesha Scott cries after chef Tom Checketts snaps at her. The second stewardess mumbles when informing the chef that the charter guests want an avocado.

Aesha tries to brush it off and says she “can do it” herself. She looks into the pantry. However, Tom doesn’t like the way she talks to him.

Tom’s frustration confuses Aesha just like it confuses everyone else.

“What’s the f***ing problem?” Aesha asks. “I literally came into the galley and Sandy said that Tom’s coming up. I had nothing to do with it, I don’t even know what’s going on.”

Tom notices Aesha’s tears but doesn’t apologize. Instead, he asks her to “calm down the waterworks.” But she still doesn’t understand why Tom is giving her an attitude. Aesha tells Tom that she feels sorry for him, but he takes it as an apology.

At the end of the clip, she makes it clear that she’s “over it.”

“What the f*** is going on,” she says in her emotional confessional. “I literally went from having the best time in a Jiu-Jitsu lesson to having this Englishman be a right f***ing a**hole.”

Below Deck Med chef got his temper tantrums from Gordon Ramsay

Tom Checketts didn’t realize what he was getting himself into when he joined Season 5 of Below Deck Med. In an interview with Decider, he revealed what he learned from working with Gordon Ramsey, who is the king of kitchen breakdowns.

“Gordon Ramsay’s probably a very good example because he’s perfected it, hasn’t he?” Tom asked before adding. “He used to work pretty much every evening when I worked there.”

Tom admitted that working with Gordon Rasmey was harder than working on Below Deck Med. There were times when he had 93-hour workweeks and he only got paid £12,000 (15,431.80 USD) a year. Tom calls his experience “interesting” and says he “learned a lot” from it.