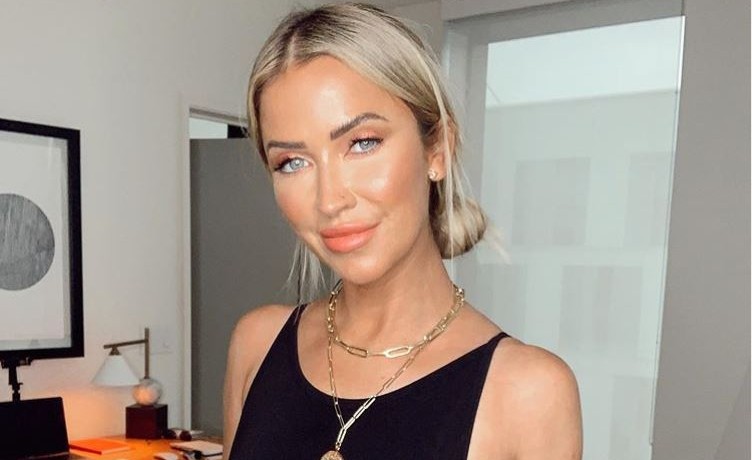 Former Bachelorette Kaitlyn Bristowe is making her dancing debut tonight. She has waited a long time to be on the dance competition. While she was disappointed for years to have not been able to compete, she is now thankful. Kaitlyn is glad she is dancing now versus five years ago.

Kaitlyn is glad she is dancing now

TV Insider caught up with Kaitlyn prior to her big debut. She shared everything from romance, to babies to dancing. Kaitlyn says she is an open book and has no issues talking about her personal life. She is easy going and easy to get along with. So, she opened up about the first time she was asked to be on DWTS.

Kaitlyn shared she was offered the chance to dance and was excited to do so. However, she admits to being young and naive. She didn’t know how the world of TV worked. So, Kaitlyn was contacted by producers a few days before the cast was announced. They told her she was still under contract for The Bachelorette and couldn’t dance. They wanted her to focus on her new engagement.

So, she obviously felt bummed out by the denial. Kaitlyn says it was actually a good thing she didn’t go on to compete at the time. She admits to being emotionally drained and a little depressed following The Bachelorette. She said, “It wouldn’t have been a good time for me to have done the show. I suffered [from] a little depression after [The Bachelorette]. I was emotionally drained. You know the person you’re engaged to, but you don’t even know his phone number! But it was best to focus on the relationship and not jump into another TV show right away.”

TONIGHT is the night!!💃Who’s tuning in to the premiere at 8|7c on ABC?! #DWTS

The rest of her life

Kaitlyn talked about why Jason Tartick is the one. She said, “He’s a mystery. I think that’s what’s so intriguing. I’m both confused and intrigued by him. Plus, he’s charming.”

And, while she knows women can have a career and a family, she is looking forward to focusing on growing a family with Jason next. That is what her vision board looks like in the coming future.

Kaitlyn obviously didn’t stay with her final pick from The Bachelorette, however, she has moved on and found happiness. She has a few words of advice for anyone wanting to join the franchise. Kaitlyn says to be authentic and make sure to go in with thick skin. She stressed the importance of being yourself even though they want the world to like them.

She is ready to dance tonight and show the world the dance background she has. Jason will be there cheering her on, along with Pinot and Ramen, their dogs.