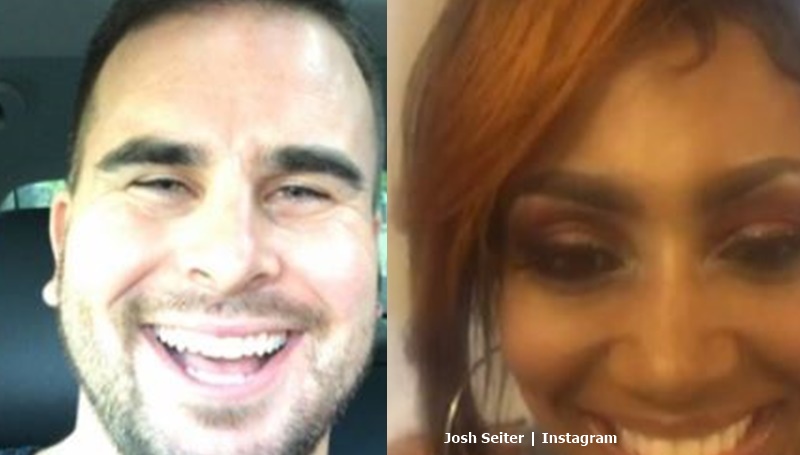 90 Day Fiance fans heard from Yolanda that she apparently dates Josh Seiter. He formerly appeared in ABC’s Bachelorette. Many fans think it’s some kind of publicity stunt. But now, John hinted that they might actually consider getting married.

Of course, Josh might just joke about marrying. But Yolanda sounds all for it! She shared a post that he made on her Instagram. On his Instagram, Josh put up a photo of the two of them. He captioned it with, “Flight to Vegas booked! ♦️ ♠️ ♥️ ✈️ ✈️ They have drive thru chapels where you can get married on the spot, right? 😏😏👰🏾💁🏻‍♂️” In reply to that, Yoland commented, ” OMG ❤️❤️❤️❤️❤️!! Babe I can’t wait to see you again 💋💋💋💋.”

One fan asked if Yolanda’s kids actually like Josh. And the 90 Day Fiance star said, ” Yes they do ❤️❤️! And love the fact “He’s Real!!” 😂😂” One 90 Day Fiance fan pointed out, “ummm they really are aren’t getting married. That was a joke. Even if they did that is nobody else’s business.” Well of course, fans think if TV stars talk about that sort of thing on Instagram then they make it everyone’s business.

Most fans don’t think Yolanda and Josh even have a real relationship. Plus, as both of them recently commented about her catfish Williams creeping around, they suspect that even more. We reported that Yolanda said that she always loves John, despite Williams reaching out to her. Then, in another Instagram post, Josh also spoke about it. He shared that he gets physically threatened.

The whole post about 90 Day Fiance read, “This is my queen 😍😍 and I’m normally very private when it comes to my love life. But seeing someone I love having to re-live her past torment is something I’m not used to dealing with.” Then, he spoke about how “innocent” Yolanda just wants to give love.  And, “I want him to know that despite his physical threats towards me I’m not going anywhere, our bond is not breaking, and he won’t tear us apart. ‘Nuff said.”

This is my queen 😍😍 and I’m normally very private when it comes to my love life. But seeing someone I love having to re-live her past torment is something I’m not used to dealing with. I don’t understand why someone would want to destroy the life of a kind, caring INNOCENT woman like Yolanda who has nothing but love to give. But I want him to know that despite his physical threats towards me I’m not going anywhere, our bond is not breaking, and he won’t tear us apart. ‘Nuff said

How contrived is that?

Does that post sound “real?” Or does it sound like a badly written TLC script? Plenty of people think that the whole thing’s just manufactured drama. Of course, as Williams never showed up on TLC, nobody even knows for sure that he existed in the first place. But, Yolanda’s got a lot of fans who like her. They hope that maybe this time real love comes her way.

What do you think about Josh hinting that they might even consider marrying? Do you think any of this is real? Sound off your thoughts in the comments below.