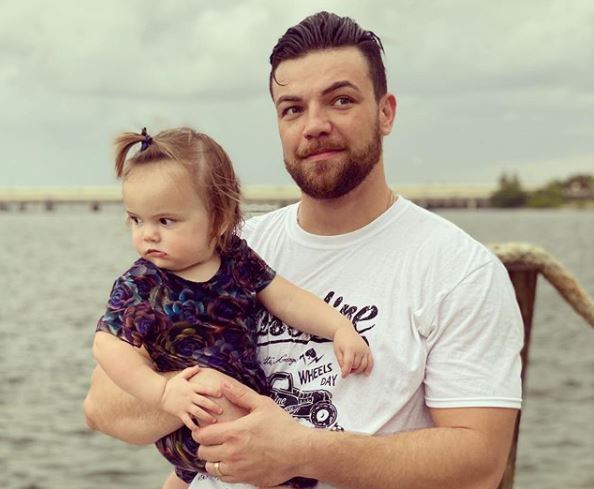 90 Day Fiance: Happily Ever After stars, Elizabeth Castravet and Andrei Castravet have had a very drama-filled marriage! What has been the biggest issue lately? Elizabeth’s family and the blatant disapproval for Andrei. Recently viewers can see a bit of this drama on Andrei’s Instagram page!

Fans of 90 Day Fiance have watched as Elizabeth’s family grows increasingly upset and suspicious of Andrei. In a past episode, fans watched her family bug Andrei about his past. Elizabeth’s family joined the couple in Moldova for the couple’s second wedding. At this time Elizabeth’s dad Chuck Potthast, her brother Charlie Potthast, her sister Jenn Davis, and her mother Pamela Potthast did nothing but insult Andrei’s birthplace, Moldova. They did whatever they could to prod and probe Andrei with questions of his past. Once they were finally satisfied with the answers they received about Andrei’s mysterious past, they calmed down and seemed to enjoy their time in Moldova.

In the most recent episode fans watched a beautiful Maldivian wedding that took place between the bride, Elizabeth, and groom, Andrei. It was picture perfect until Charlie, Elizabeth’s drunken brother got up to make comments like, ” stop living off my dad”, or “don’t come to America and not work”. Charlie expressed his concerns in a one on one interview with the camera crew that his dad has seven kids and was unable to do anything as elaborate as Elizabeth’s wedding for his other children. Elizabeth’s sister, Jenn, had some of the same concerns about their father’s money.

Obviously jealous over the amount of money Elizabeth’s father’s money is causing a big issue in this drama-filled family.

One could hope that the family, now back in America, has been more accepting of each other and Elizabeth and Andrei’s marriage, especially since the two have a child together! It seems that tension is still mounting as Andrei takes to Instagram to post a solo photo of himself enjoying the evening. You can see what the 90 Day Fiance star shared below.

The photogenerated 440 comments. Some positive and some negative but the one that caught people’s attention the most was from Elizabeth’s mom, Pamela. It read “I hope this is for a job interview.” In past episodes on 90 Day Fiance, we have heard that Andrei is not working, but stays at home taking care of the couple’s daughter. This seems to create tension that Andrei is living off Elizabeth and her family. Making it obvious that the tension over money is still there!

Make sure you don’t miss new episodes of 90 Day Fiance on TLC.