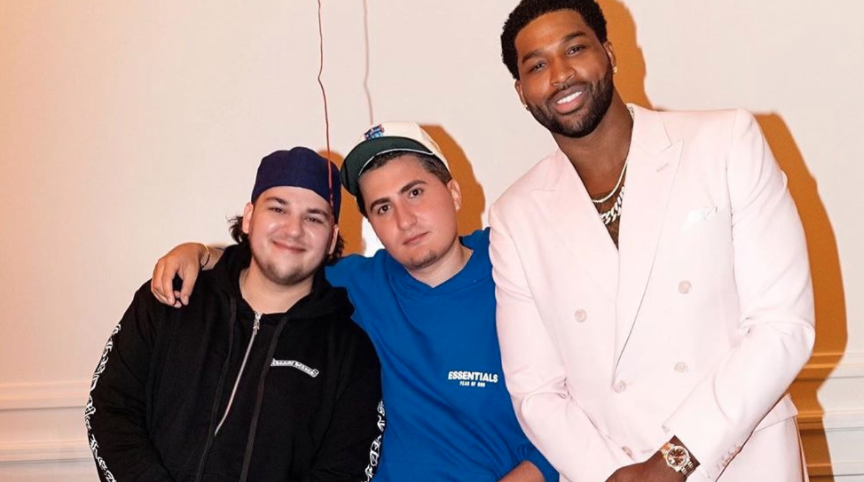 Rob Kardashian has really been working to get his life together. Now, he has taken to Instagram to show off some of his new ink. New ink to match his new body?

On Instagram, Rob posted that he got a new tattoo Hollywood Life says. Apparently, he started getting ink back in 2008 with a tribute to his late father, Robert Kardashian.

This seems to be a big step for Rob as he has been working on his mental health and appearance in the last few years. Rob has really been staying out of the public eye, seemingly only seeing family and close friends. He has been out a bit more than usual lately, getting fans a glimpse into his new life. However, this seems to be a step in the right direction. Even Kourtney Kardashian seems to agree. She commented on his tattoo post saying: “And just like that he’s back.”

His latest time out in public was at his sister, Khloe Kardashian’s, birthday party. Then, there were photos taken of Rob out. Honestly, he looks great and he actually looks happy too. That’s a big step for the former Keeping up with the Kardashians star.

“Woo back baby,” he wrote on the post of him with Tristan Thompson and another friend.

It’s great to see him coming out more, especially for things that involve his sisters.

Does Rob have a girlfriend?

With Rob coming out in public more, it’s got fans wondering about his romantic life post-split from Blac Chyna. Recently, fans have speculated that he is dating Instagram star, Aileen Gisselle. Apparently, they have been seen out and about together. Not only that, but she even posted a video of Rob with a heart filter. Seems like they may be a bit more than friends.

Of course, all of this comes after his dramatic split from Blac Chyna. He and Chyna share a daughter, Dream Kardashian. However, that’s not all they share. They also share years of drama and restraining orders. Hopefully, whoever Rob dates next will make him much happier. Not only that, hopefully, they are also a good influence on his daughter, Dream.

Are you excited to see Rob Kardashian coming out of hiding more? Let us know what you think in the comments. Come back to TV Shows Ace for more news on all of your favorite reality TV stars and Kardashian family members.