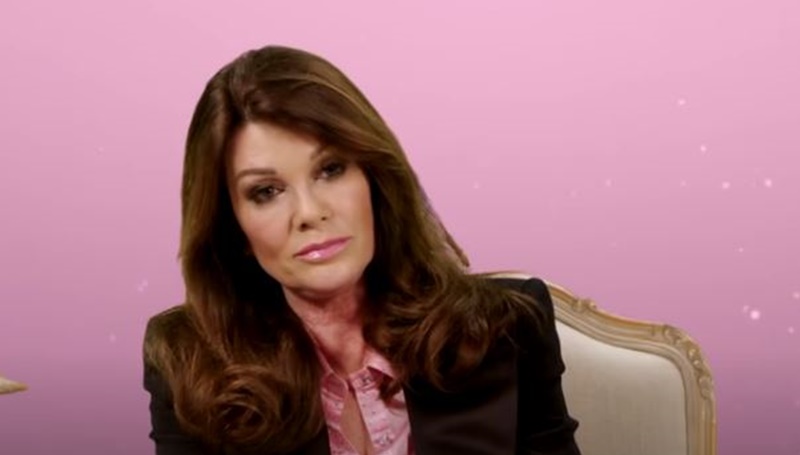 RHOBH fans saw that Lisa went through a torrid time during Season 9 of the Bravo show. Her bother Mark died, and she dealt with that. But Kyle Richards and the other women never let up on their accusations she leaked the story about Dorit’s dog. In the end, rumors came out that she planned on quitting. And, she did. But did Lisa really expect to leave Real Housewives of Beverley Hills?

RHOBH – Lisa said she’d quit but did that backfire?

We reported a year ago, that Lisa finally quit the show. It came after Season 8 when Dorit Kemsley allegedly got a pup from Vandepump Dogs and then gave it away. It ended up in a kill shelter. Kyle and the others believed the story got leaked to the media by Lisa. But, she denied it. In a long and ugly ninth season, the focus moved away from Dorit and onto Lisa and the media. In fact, people lost sight of the original cause of the fracas.

But, for a long time, many RHOBH fans believed that Lisa often directed the storylines in the show. In April, the Daily Mail reported that Erika Jayne agreed that the whole show felt a lot lighter without Lisa…trying to “control the narrative.” In fact many times, similar accusations went Lisa’s way. But, if Lisa controlled so much of the storyline, why make it all about her in season 9? Maybe, for once, the producers stopped letting her run the show. Or, they let her hang herself by threatening to quit.

Did Lisa expect another season where she’d redeem herself?

Recall, Lisa got all coy and wondered if she’d stay on. Another season could easily have seen Lisa prove she never leaked the story to the media. In fact, she hinted that the truth would come out. But that never happened. Perhaps, she envisaged herself quitting. Then, she’d return triumphant, prove her innocence, and bury Kyle Richards.

The “Queen” of RHOBH would reign again. Now, with alum Kathryn Edwards revealing Lisa wasn’t ready to leave Real Housewives of Beverly Hills, it seems a very possible scenario. Or, it would be if Bravo had taken her back again.  Hollywood Life reported that Kathryn Edwards spoke about it on the Behind the Velvet Rope with David Yontef podcast.

Did Lisa overplay her hand with the producers?

Kathryn pretty much suggested that Lisa possibly never really meant to quit. And, she intimated that she tried to stay on it “to some degree.” Allegedly, “she asked for some specific things that the show wasn’t going to give her to make it better so she can save face. And she walked away.” But Kathryn intimated that could be because this time, Bravo didn’t let her produce the outcome and control the way the show went.

The RHOBH alum talked about how she witnessed Lisa getting a text during the filming at Erika’s house with Tom Girardi. Apparently, everyone enjoyed themselves, until the text arrived. It said to Lisa, ‘This dinner is really boring, make something happen.” And, there’s the proof according to Kathryn just how much Lisa influenced the storylines of Real Housewives of Beverly Hills.

Just maybe, Lisa never expected the producers of Bravo would accept her quitting, and she finally overplayed her hand.