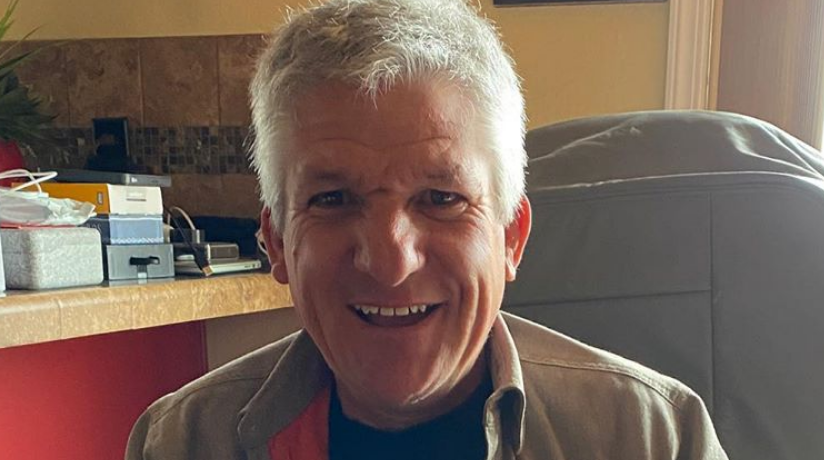 On Sunday, Matt Roloff took to Instagram to share a sweet new photo. The Little People, Big World (LPBW) star gushes over his youngest granddaughter. Of course, his followers love the latest picture too.

In his newest Instagram post, Matt is standing beside his nine-month-old granddaughter Lilah while she’s in a car seat. The little girl is wearing a pink outfit and has a floral bow headband on her head. Matt’s looking at his granddaughter, while she gives the camera a smile.

Along with the photo, Matt writes, “Lilah has officially wrapped grandpa around her precious finger … maybe even all ten!”

Within hours of Matt posting the photo, it had already received plenty of likes and comments. Matt’s followers agree with his caption and can see it in his face as well as Lilah’s. They know that Matt is going to spoil Lilah and give her whatever she asks for.

Lilah has officially wrapped grandpa around her precious finger … maybe even all ten !

In the comments section, fans are talking about how cute Lilah is. They like to see new pictures of her. They hope he continues to share more photos of her. Many of Matt’s followers also follow Tori Roloff, as she posts even more pictures of Lilah. On Tori’s Instagram account, fans also talk about how sweet Lilah is.

Matt’s girlfriend Caryn Chandler also left a comment with a few hearts. She gets to spend lots of time with Matt’s grandchildren too, which she seems to love. And the grandkids appear to like Caryn too.

Many of Matt’s social media posts are about his grandchildren. In addition to Lilah, he has three other grandkids. His son Zach and his wife Tori have two kids, Jackson, 3, and Lilah, 9 months. Jeremy and Audrey Roloff have two kids as well, Ember, 3, and Bode, 8 months.

Often, Matt is posting on Instagram and gushing over his grandchildren. He recently shared a post featuring himself playing with them. In another photo, his girlfriend Caryn is hanging out with Lilah and Jackson.

Whenever Matt shares new pictures of his grandchildren, LPBW fans can’t help but talk about how cute the kids are. They also think it’s great that Matt is so close to his grandkids.

So, what do you think of the new picture of Lilah and Matt? Do you think she already has him wrapped around her finger? Share your thoughts below.