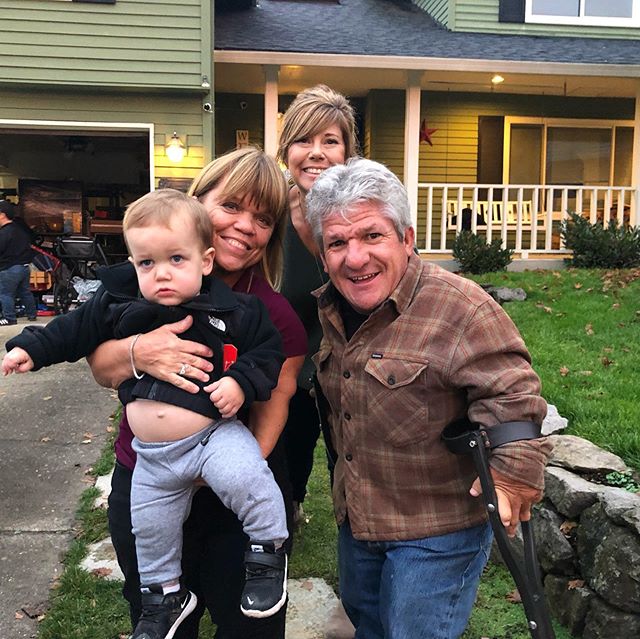 LPBW stars Matt and Amy Roloff have been through a lot of drama with their divorce. It’s not over thanks to Matt Roloff’s girlfriend Caryn Chandler.

Blast from the past

For the people that have been watching Matt and Amy Roloff over the past few years on LPBW, know that the show has gone from watching a loving couple that dealt with the struggles of daily life being a “little person; to a drama, a show revolving around allegations of adulatory. Matt and Amy started having issues in there marriage after a few years of the show premiering.

What happened on LPBW preview?

Matt and Amy were not getting along much and couldn’t seem to agree on many things but what really happened to their 27  years of marriage, and 4 kids together? In Amy’s book, A Little Me, Amy alleged that Matt was involved with his current girlfriend Caryn Chandler while the Little People, Big World stars were still married.

Prior to dating Matt, Chandler was a loyal employee at Roloff Farms. Amy went on to assure viewers that while she’s not upset that Matt has found happiness with Chandler, she was pained to learn how she believes their relationship began. Amy try’s to move on by saying “Matt’s worked with her for many many years,” Amy said of Caryn. “So that will always hurt to some degree. But it is something that I will have to be an adult about — doesn’t mean I have to accept it.” The drama doesn’t seem to be ending on LPBW.

Happy Birthday to a strong, intelligent, loving and confident women. I hope your day is full of all the blessings you deserve! #chacharocks

Recently TLC released a sneak peek we can see that the two still aren’t getting along!  Amy has decided to move out of the Roloff farmhouse that the couple shared for many years. Said to see 30 years of memoirs just packed up into boxes as she sits and reminisces. Oh, I’m definitely feeling overwhelmed,” Amy tells the camera regarding her big move. And the following scene shows Matt and Amy getting into a fight. ”She has trouble just letting go in general,” Matt told the camera crew. “That’s something she has to work through on her own time.

The scene continues and shows Matt and Amy getting in a fight over the property once again. “We both own the property,” Amy yells at Matt. “We’re both invested in it. I wish you wouldn’t be so defensive,” Matt states!  The preview continues with Matt at his place, talking to his girlfriend Caryn, “Wow, she came in hot,” Matt tells Caryn regarding the fight about Amy’s move. “Sometimes, I feel like you’re still married to her,” Caryn comments shortly after that, Amy’s seen storming away from Roloff Farms while yelling, “bullsh*t.”

Stay tuned to the upcoming season of Little People, Big World this season is sure to keep you entertained!