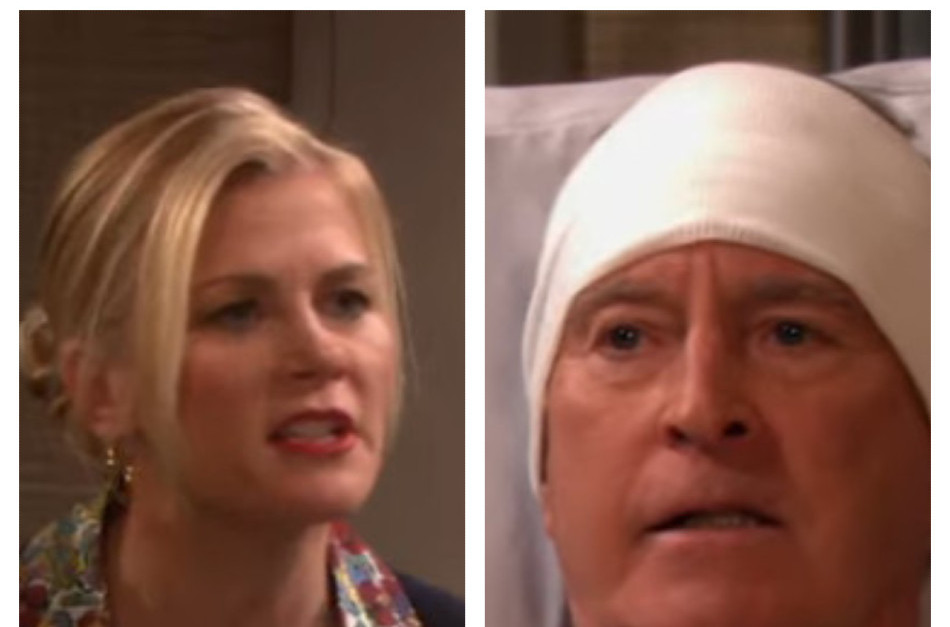 Days of Our Lives will have a short week. Due to the U.S. Open coverage, viewers won’t see any episodes on September 17 or 18. But DOOL will be back next Monday. What can fans expect to see on the three episodes airing the week of September 14?

John Lashes Out at Loved Ones

John (Drake Hogestyn) is finally awake after his medical emergency. However, the aneurysm has unexpected side effects. Most notable, a new temper toward loved ones that is unlike John. Sami (Alison Sweeney) gets the brunt of his newfound anger during a tense confrontation.

The DOOL promo declares that Sami “MEETS HER MATCH” this week. How will she react to John’s tantrum?

As viewers know, Kristen (Stacy Haiduk) snuck back into Salem when Brady (Eric Martsolf) came to check on John. Kristen is wanted by the Salem P.D. for her crimes. But Lani (Sal Stowers) does her best to hide her friend.

But Lani made the mistake of confiding in Eli (Lamon Archey) that Kristen is back in town. Last week he showed up on Kristen doorstep. Spoilers indicate that he will betray Lani’s trust and arrest her BFF. How will this affect the newlyweds’ marriage?

Jan Reconnects With Belle and Philip, Much to Their Dismay

DOOL viewers got a blast from the past recently. Jan Spears (Heather Lindell,) Belle (Martha Madison) and Philip (Jay Kenneth Johnson) all separately made their return. But this week, Philip and Belle both have run-ins with their nemesis.

Belle catches her old rival comforting Claire (Isabel Durant.) Belle isn’t happy and warns Jan to stay away from her family. Meanwhile, Philip has a more direct way of dealing with Jan. He appears to threaten her against causing trouble – for him OR Belle. Does Philip still hold a torch for his ex?

DOOL fans were saddened, but not surprised, when Greg Vaughan (Eric) announced he was leaving the NBC soap. He reasoned that he is basically a glorified extra at this point, despite Eric’s recent marriage to Nicole (Arianne Zucker.)

Soap Opera News puts Greg’s last air date as September 23. He gets a “great offer” and skips town after bidding Nicole goodbye. Daytime Confidential reveals that actress Nzinga Blake is joining DOOL temporarily as “Angie,” a friend of Eric’s. Could she be the reason why he leaves Salem?

Last week Ben (Robert Scott Wilson) was seriously injured trying to rescue Ciara (Victoria Konefal) from a fire. Due to his injuries, he is given major painkillers. He’s so out of it that Ciara appears in his hospital bed with him. How will he react when he wakes up to remember that Ciara is [presumed] dead?

Days of Our Lives airs weekdays on NBC. Follow us on social media for all the latest TV news!