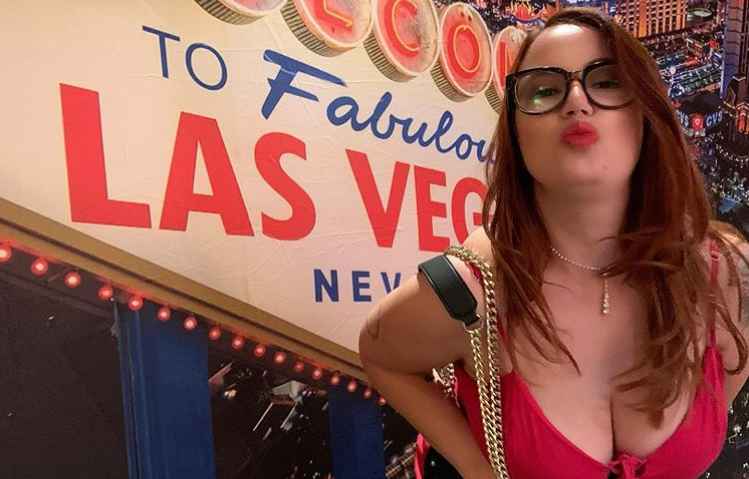 90 Day Fiance fans recently saw the dramatic breakup between Colt Johnson and Jess Caroline. The bust-up came after Jess found out Colt had been sending d**k pics to eight women. It also followed Johnson’s revelation that Vanessa – a major thorn in Jess’s side – is now living with him and Debbie.  However, it turns out there is likely far more behind the breakup of the two TLC reality stars. Now, Jess opens up about her abusive relationship with Colt.

90 Day Fiance viewers were shocked to find out Colt had been sending illicit images to other women on the August 30 episode. This is after Jess was contacted by the women in question and told about the d**k pics they had received from him. Johnson (what an appropriate name!) kept talking around the issue, not apologizing to the Brazilian beauty. This is after he called on Jess to visit him in Las Vegas to make up after their previous fight. However, he then went on to reveal that Vanessa was living with him and Debbie. Meanwhile, this finally puts the kibosh on the relationship between Jess and mommy’s boy Colt.

As can be seen by the image at the top of this article, Jess is now obviously happy to be out of her relationship with Colt Johnson. While fans have caught many of the major blow-ups in their relationship, Jess decided to directly address everything wrong with her and Colt. She wants to clear the air after walking away from the abusive relationship. Hey, and maybe she can help another woman along the way.

Jess opens up about relationship with Colt

On Saturday, September 12, the Brazilian beauty hit Instagram with an image of herself looking happy and relaxed. However, her lengthy caption reveals everything Jess has gone through in her relationship with Colt. By opening up about her experience, Jess hopes she can help other women escape the same treatment.

Jess wrote that her relationship was “extremely abusive.” So much so, in fact, that she couldn’t recognize herself anymore. Caroline wrote that she lost her identity, “cried a lot” and was unhappy. She started to question whether she was crazy like Colt kept saying she was. Jess wrote that every night she went to bed sad and woke up sad every morning.

Meanwhile, Colt had denied all the lies he told her, making Jess believe she was out of her mind.  Jess wrote that he played tricks on her, saying he loved her one minute, and hated her and called her a whore in the next. She then goes on to describe his demeanor as “extremely passive-aggressive and bipolar.”

Caroline continued, saying how Colt had destroyed her reputation and self-esteem by leaking her private images with his friends. Moreover, this led to her losing her job. Jess wrote that she went into a deep depression again and is still having therapy to get over the experience.

The Brazilian reality star is finally feeling like she has made it. She implores other women who find themselves in a similar situation, and don’t feel loved and appreciated. Jess tells them to “LEAVE HIS A**! You deserve SO MUCH more!” She tells other women to never let a man tell them who they are and while the fight is big, eventually they will find happiness like she has. Caroline closes by saying nothing is worth your stress. “Trust your girlfriends and never settle for a man that doesn’t make you feel like the best person alive.”

I would like to talk about some of things I went through in my past relationship that left marks on me til this day. I know so many women go through that too and maybe this can help someone out there. My relationship was extremely abusive, I couldn’t recognize myself anymore! I lost my identity, cried a lot, was unhappy and started to question whether I was crazy like he said so many times. Every day I went to sleep sad and woke up sad. He denied all of the lies and made me believe I was out of my mind, played tricks on me, sayed he loved me in a minute and hated me and called me a whore in the other. His demeanor was extremely passive aggressive and bipolar. Then, to destroy my reputation and self steem, leaked my private pictures I trusted him with, sent it to friends and made me loose my job! Once again trying to destroy my life. I went into deep depression and til this day I go to therapy to try to get over it and to get back to my happy old self. But I made it, girls! If you find yourself in this situation where you don’t feel loved and deeply appreciated, LEAVE HIS ASS! You deserve SO MUCH more! Never let a man tell you who you are. The fight is big and the results are slow, but you will find happiness like I did. Nothing is worth your stress! Trust your girlfriends and never settle for a man that doesn’t make you feel like the best person alive.

Outside of 90 Day Fiance: Happily Ever After? fans are aware of Jess’s new relationship with a major hunk, Brian Hanvey. Jess met him through his friend Larissa and her boyfriend, Eric. Hints are doing the rounds that they might be engaged, which would lead to a much happier ever after for Jess Caroline!

In the meantime, keep up with 90 Day Fiance: Happily Ever After? on Sundays at 8 pm EST on TLC.