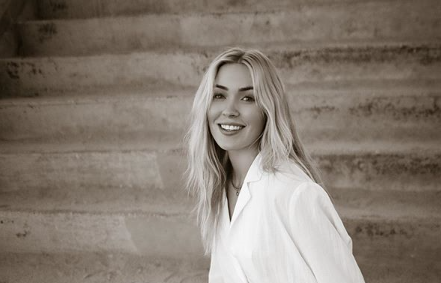 When thinking of Colton Underwood’s season of The Bachelor, one thing comes to mine, the fence jump. Colton Underwood didn’t want to continue filming The Bachelor if he didn’t get to be with Cassie Randolph. She left the show and he decided he needed to as well.

Visibly upset, he rushed away from cameras. Then he jumped the fence to get away from production. They framed the action in a way showing off Colton’s athleticism. The fence stood six feet tall and he cleared it with one jump. They framed it as him willing to do what it took for Cassie. Later they showed it as him being romantic and later he won Cassie back on the show.

But now, with news that Cassie Randolph has filed a restraining order against Colton, fans are mad at production. They don’t feel surprised that Colton allegedly put a tracker on Cassie’s car and has been stalking her. It all leads back to that fence jump.

According to the Inquisitr, Cassie Randolph said Colton had been sending her disturbing texts. She has a lot of support on Twitter and people are coming after the production team at The Bachelor. One fan said, “the Colton fence jump after getting dumped should have been a red flag. Instead, producers pressured Cassie into taking him back.” Another said the show, “enabled Colton’s behavior by pressuring Cassie to stick with him.” They said the fence jumping proved, “he didn’t know how to handle rejection.”

Another view said the way his desperation got framed, “was disgusting. They portrayed it as romantic, replaying the fence hopping scene over and over.” Host Chris Harrison himself told fans and news outlets that Colton had a superhero way of expressing himself to Cassie. Fans, however, think the relationship was unhealthy from the beginning.

day at the beach with @katieemo – a series

Fans Think It Was Proof Of Toxic Behavior

Cassie Randolph has been spending time with friends. She posted snaps of herself with Katie Morton at the beach. On the post a fan said, “Hope you are ok. Get that restraining order. Protect yourself.”

Some of the people posting on her Instagram defended Colton Underwood. One asked her what she hoped to gain from filing a restraining order against him. Another said she wants to lose a stalker and told the poster to mind their business.

One fan posted to Twitter, “ya’ll really thought Colton jumping the fence was relationship goals when in reality it was toxic behavior.” If Colton is engaging in this type of behavior, perhaps the restraining order will be the wake-up call he needs. Fans will be keeping their eyes on Cassie and making sure she is okay.