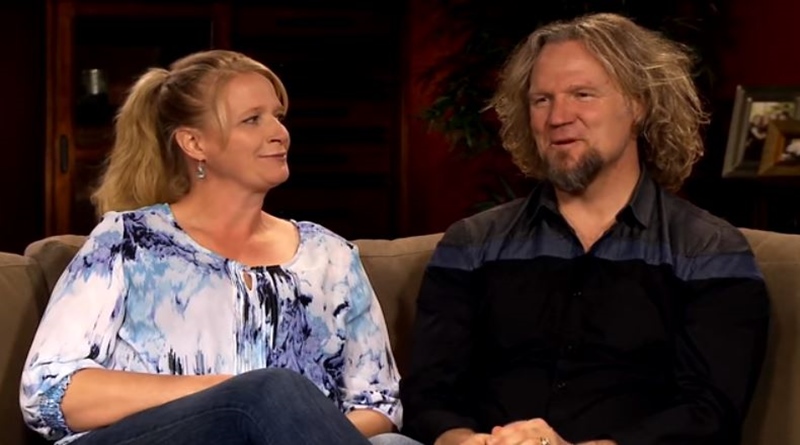 Sister Wives fans heard that Christine’s daughter Gwendlyn might be staying with her sister Aspyn in Salt Lake City. But, it looks like Christine catches up with the Brown’s grandson, toddler Axel Brush. Janelle went to North Carolina recently when Axel’s little sister Evie underwent her first surgery for her FATCO syndrome. Now, Christine enjoys toddler time as well.

Taking to her Instagram on Friday, Christine shared a series of slides of Axel. She captioned it with, “I’m babysitting Axel today! My tripod was a rocket! His imagination is out of this world. Haha. Corny. I couldn’t help myself! #oma #omatime #grandson #imagination #rocket.” TLC fans commented on the cute photos and one of them thought Axel looks a lot like his uncle Logan. Then, someone else suggested he looks like Hunter Brown.

Plenty of Sister Wives fans said that Axel looks very cute. And, others agree that grandma time is very special. Axel’s mom Maddie is the daughter of Janelle and Kody. But, in the clan, all the wives view all the children as their own. And, that extends to the grandchildren as well. Actually, out of all the kids, Maddie birthed the only two grandkids in the family. Fans watched both births and they both seemed protracted and painful. But, obviously, everyone adores the little grandchildren now.

I’m babysitting Axel today! My tripod was a rocket! His imagination is out of this world. Haha. Corny. I couldn’t help myself! #oma #omatime #grandson #imagination #rocket

In a previous post, Christine revealed a photo of one of her daughters with Evie. Evie played in a swing while Ysabel looked on. It looked like a lot of fun as the baby girl smiled widely. That looked even more precious as Evie still wears the cast from her recent amputation.  The Daily Mail reported that Maddie told her fans, “Some families and people opt for a lengthening surgery, but Miss Evie’s difference was in the grey area of if that was even possible or not.”

The Sister Wives family consulted with amputees and medical professionals before going ahead with a “Boyd amputation.”Apparently, in the long run, the procedure gives Evie a better “quality of life.” The rare FATCO syndrome meant Evie got born missing three fingers, a fibula, and other problems. But looks like the courageous little girl is loved and happy. Little Axel also adores his sister.

On the post showing Ysabel and Evie, one fan noted, “Oh my gosh look at that face, the pure joy & love just oozing from her soul, it is such a precious sight. 💖 no matter what the world says God could never deny the love in your family as nothing more than pure! ❤️” Well, for Christine, it looks like she just can’t get enough of loving her cute grandchildren!