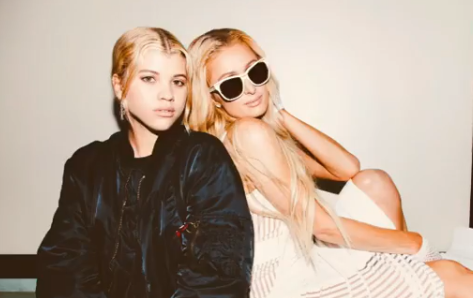 Now that the Kardashians have announced their show is ending, other stars are talking about the families’ decision. Paris Hilton, who recently filmed a tell-all documentary about her life, was one of those stars. Hilton has been friends with the family for a long time.

She thinks they probably are ready to focus on other things. Hilton said, “They have huge business empires. I am sure they want to spend their time doing that and being with their families.” She went on the say that they have so many things going on, it’s time.

Paris Hilton Compared The Announcement To Her Decision In 2007

Paris Hilton compared their decision to end the show with hers to leave her reality show. She starred in The Simple Life for four years. Hilton said, “I was just over it. I wanted to just focus on my business.” Hilton is a very successful business woman, who played a ditzy character so well most people believe that’s really her.

She is proud of how successful Kim has become according to People. Hilton said, “It makes me feel incredibly proud. I have known Kim since we were little girls, and the empires that she and her sisters and her mother have built is just amazing.” She went on to say it’s always great to see your friends succeed. When asked if the show could end up on streaming services for reruns, she said, “Kris Jenner is such a boss.”

So excited to be starting my own hashtag #ThatsHot Challenge on @TikTok! I’ll be picking my favorite videos on @TikTok & I’ll tell you if #ThatsHot! 😍🔥

The Socialite Is Taking Over TikTok

Paris Hilton is hosting her own hashtag challenge on TikTok. The #thatshot challenge will consist of videos of people saying what’s hot. Hilton gave an examples in the above video. One is, “Having your own doggie mansion at your house, that’s hot.” She said the only rule for the challenge is not to be boring. Social media is a place Paris is comfortable. According to CNN she is considered the originator of the selfie, although she doesn’t consider that a great thing.

Paris said, “Everyone says I’m the original influencer, but sometimes I feel like I helped create a monster.” She said, “Now I see the little girls. They’re trying to get the perfect selfie. They’re putting the filters on, they can’t even look at themselves in the phone without putting a filter. I can’t even imagine a 13-year-old girl today.”

She tweeted that there had already been a billion views on her TikTok challenge. It only posted twenty-four hours earlier and she stated she’d be sharing all her favorites. It proves Paris still has the capability of breaking the internet.

In a tweet for her new documentary Paris said, “I’ve never been this open about my life before, but I’m finally ready to share my truth.” The documentary will air on September 14th on YouTube.