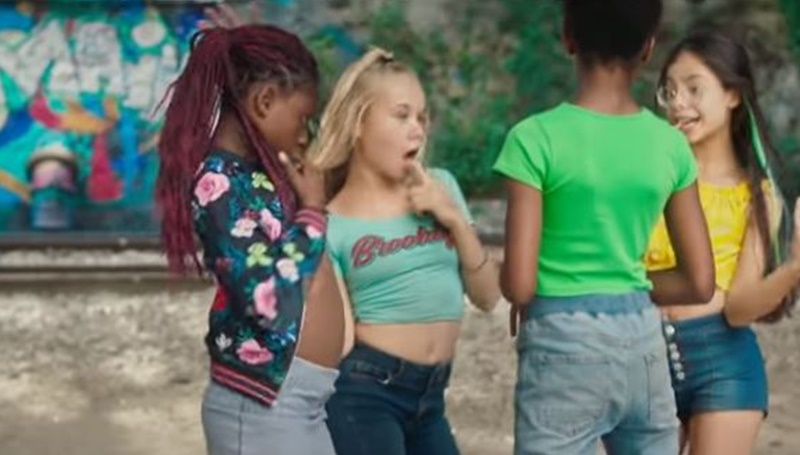 Netflix trends for all the wrong reasons on social media. In fact, viewers still aren’t done with their #CancelNetflix hashtag. The film Cuties caused such a sensation that the streaming network’s shares dropped. The new arrival on Netflix experienced an unfortunate marketing strategy. How did that cause so much outrage?

Netflix Cuties won the Generating Prize, so why the outrage?

The streaming service delivers a lot of movies and series that keep fans coming back. But now it looks like customers flee the site after the launch of Cuties. Multiple Change.Org petitions want Netflix — the entire network– canceled. News Lagoon looked at why the outrage erupted. According to the outlet, the french movie, described as “coming of age,” could have been a bit more subtle. But, it took the Generation Prize at the Sundance Film Festival. And no outage erupted back then.

But, Netflix stirred controversy with a poster that they put up for the movie in September. Netflix produced an  “airbrushed-looking image of the girls in their dance costumes on stage, looking ready to hit the beat.” The story’s basically about young girls who love dancing. Amy, 11 hopes to join a “twerking dance crew” and as she does so, she explores her femininity that starts emerging. From the poster, people felt that the streaming service “s*xualized” young girls.

Netflix amend their marketing ploy but too late

The misleading poster got replaced, and Netflix toned done their synopsis. But, it seems too late. Firstly, Learn Bonds reported that Netflix shares dropped. They noted that “Netflix shares went down almost 4% during yesterday’s volatile stock trading session in New York.” Despite that, Netflix keeps the movie streaming on its service.

Now, news emerges that “Republican Arkansas Sen. Tom Cotton and Indiana Rep. Jim Banks…called on the Department of Justice to bring legal action against Netflix for releasing the film.” Banks said, “Not only is this movie fodder for pedophiles, it encourages very young girls to defy their parents’ wishes and share p*rnographic images of themselves with strangers.” Over on Twitter, many people express their anger at Netflix.

Over on Twitter, several hashtags emerged. But the main one is #CancelNetflix. One person, so angry wrote, “Do not just #cancelNetflix and then turn a blind eye towards its director Maïmouna Doucouré. There should be an immediate boycott of all future films of hers. While we are at it, we should #cancelTikTok for supporting this same p*dophilic behavior and more. 2020 is in flames.”

Another angry person wrote, “I watched a brief clip and read IMDB’s warning. You don’t need to s-xually exploit children to make a point about the topic. This needs to be removed from the platform and those involved need to be investigated.” Those present just two of millions of angry tweets. Only a handful of people speak up against the cancel culture that takes aim at Cuties.

https://t.co/K1TZSePcFH wtf?! This is gross and horrifying. IT IS MUCH MUCH WORSE than a botched poster and botched description. These people who allowed this on Netflix are pedos and this is disturbing! I'm a left wing person but this is beyond politics #cancelNetflix

What did you think about Cuties? Is it as bad as people think? Sound off in the comments below if you watched it.