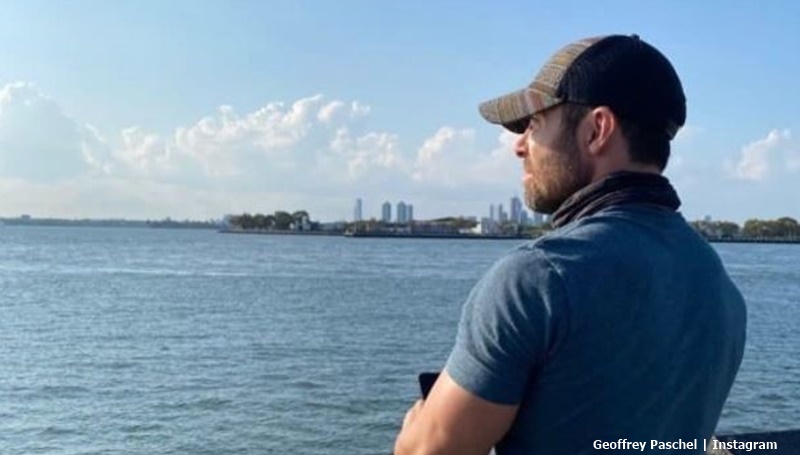 90 Day Fiance star Geoffrey Paschel brought controversy to TLC with allegations of assault and abuse. Trolls slammed him and even said nasty things about him and his little boy passing away. But, not everyone hates him. He’s got nearly 200k followers, and very few of them troll on him. In fact, they love his writing. He always writes meaningful messages about life. And, on September 11 he shared his memories of the day the planes crashed into the Twin Towers. Many of his fans also paid tribute.

Geoffrey can’t forget September 11. He explained, “Ever since September 11th, 2001, my birthday has been redefined to be ‘the day after.” So obviously, every year the day the planes crashed into the towers remain uppermost in his mind. He reminded fans that 19 years passed since the footage rocked the world. Actually, it seems almost impossible to think that young adults never experienced the moment.

Geoffrey, a young adult at the time, sat in prison. The 90 Day Fiance star said that the guards brought in TVs so everyone could watch the news unfold. He also described it as a tense time. Actually, nobody knew if the USA was about to become a war zone or not. Geoffrey noted, “Fortunately, I only know by what I saw on tv & didn’t have such a raucous horror burned into my psyche. I also didn’t lose anyone close to me due to the terrorist attack.” He also said, “I will never forget how united we became in response to such loss.”

Fans remember the day and the victims in their tribute

Many people still recall the day with horror and sadness. For their generation, every year brings back memories of what they went through and what they were doing. One fan shared, “I feel you.. my actual birthday IS September 11th. And in 2001 it happened to be my 30th birthday. Worst day ever! And ever since, when ever someone ask for my birth date, I get the same response,” Oh no. I’m sorry.” 😓 And ever since, I find it difficult to celebrate me, when so many were lost…it’s very difficult.. 💔”

Another 90 Day Fiance fan shared, “I woke up to feed my then one year old son and saw the second plane hit the second tower LIVE…I saw the live feed uncensored as it was devastating news and no one could have foreseen this tragedy 😔 it will forever remain entrained in my head and I will #neverforget ❤️🤍💙.”Another one talked about never forgetting the “devastation and sadness of that day.”

Ever since September 11th, 2001, my birthday has been redefined to be “the day after.” As I gazed off into the distance looking onto New York City, I couldn’t help but mentally view the eternal trauma caused by a sorry bunch of fools. Fortunately, I only know by what I saw on tv & didn’t have such a raucous horror burned into my psyche. I also didn’t lose anyone close to me due to the terrorist attack that took the lives of over 3,000 people encompassing fathers, mothers, children, grandparents, husbands, wives, siblings…you get my point. . This is one of the moments in history where we are able to say, “I remember where I was when the planes hit.” My location just happened to be sitting in prison counting down the ever-monotonous days. When the news hit, there was complete & eerie silence in an otherwise deafening place full of hooting & hollering. All the omniscient guards broke their routines, locked down the place, & pushed in televisions for each pod to watch the moments unfold. It was at that moment we concluded we were about to meet our own doom by an often-rumored term called “martial law.” At a time where there was typically divisiveness among the population, we banded together to prepare to save our own lives. . For weeks following this act of war, we saw only one guard who would not speak to us as, each morning, he passed out 3 brown bags comprised of two pieces of bread with a slice of the fake cheese sandwiched in-between–coupled with an apple & a milk for each prisoner. It was a well-appreciated bare minimum when the world was in chaos. . My mind was with the many grieving families stuck in a living nightmare, and with my family members who were going through their own turmoil without me being there to provide any assistance or guidance. I know I was not the only person with this mindset. We, as a whole country, felt helpless concerning the events & many didn’t know what to do. . As time has passed, the memories of that day & the aftermath that followed still remain with us all today. We will forever be changed, but I will never forget how united we became in response to such loss. Do you still have vivid memories 19 years later of that morning?

Other people remembered the day with memorials

Of course, other people also remember September 11. The New York Post shared that the coronavirus put a damper on some of the memorials. They noted that this year, due to the COVID-19 pandemic, only family members will be allowed to gather at the 9/11 Memorial plaza and there will not be an in-person reading of the victims’ names.”

Despite that, no doubt plenty of 90 Day Fiance fans and their families also remembered the moment that united the country in grief.

Javi Marroquin Calls Cops On Lauren Comeau For Abuse, Guess Who Has His Back On This?
‘When Calls The Heart’s’ Paul Greene To Become A Father Again
Wait, Anna Duggar NOT Jim Bob Forced Josh On The Rebers?!
‘Seeking Sister Wife’ Garrick Merrifield All Smiles Out With Dannielle’s Family
Tana Mongeau Issues Apology To Khloe Kardashian & Tristan Thompson