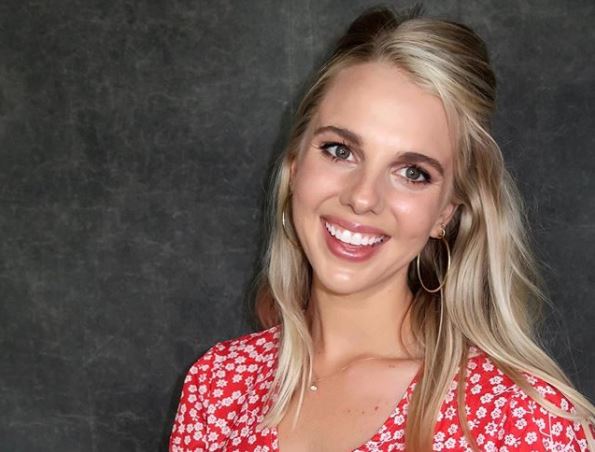 This week on Big Brother 22 fans saw Nicole Franzel give up a $5,000 cash prize. She was sweet enough to give it to Da’Vonn. She knew that this week either Da’Vonn or Bailey would be going home. Along with giving Da’Vonn $5,000, Nicole ended up having to wear a costume all week as punishment.

Nicole Franzel giving the money to Da’Vonn was a nice gesture. It was also a way to win her over so that she will vote on her side in the game. Da’Vonn did seem really touched when she gave it to her.

What seemed like a kind gesture, could end up biting Nicole Franzel in the end. She is now dealing with some fall out that she doesn’t even know about because she is inside the Big Brother 22 house right now.

I’m super excited for all the puppy 🐶 cuddles today especially after re-homing Polly Pocket to my my BFF Mariah( I’m really going to miss her, but I know she went to the best home) & my pups were really missing me ❤️

Nicole Franzel has lost her sponsorship with Olay. This was all because of some bullying that went down in the house. Several houseguests were bullying Ian Terry over being autistic. It was behind his back, but that doesn’t make it okay at all. It looks like this season won’t be blamed for being boring anymore at all. Things are really starting to heat up now.

Because of this, she has lost that sponsorship and it looks like more could be coming. Now you have to wonder if Nicole Franzel is going to regret giving up that $5,000? She might need it if she ends up losing most of her income from outside of the house.

The other thing is Nicole has a resort helping out with her wedding. If she ends up losing that as well, she could be in a big hurt for money. The comments have already been turned off on her Instagram. You can assume that her fiance is taking care of it while she is in the Big Brother house.

You can see a video of Ian being made fun of by Mephis below. In the background, several other contestants are laughing and going along with what he is saying.

Memphis talks about Ian rocking and stressing him out #bb22 pic.twitter.com/jabaHw2ILe

Don’t miss new episodes of Big Brother 22 on CBS. So make sure you don’t miss any of them because some of this may come out on the show. Nicole probably won’t find out what is going on until she gets home seeing that everyone in the house now made the jury.