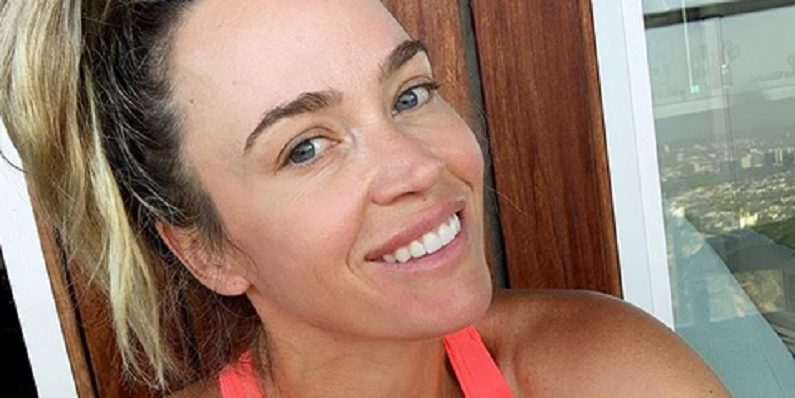 Teddi Mellencamp reacted to Denise Richards’s exit. As fans know, Denise will not return for The Real Housewives of Beverly Hills Season 11. She was the center of attention of this season and for all the wrong reasons. Denise found herself at odds with the cast and Brandi Glanville, who alleged the two had a months-long tryst.

On Wednesday, September 9, Denise announced her exit from the show. Since then, she has kept quiet on social media. In the meantime, her co-stars have spoken out about her exit. Most were not surprised, including Teddi Mellencamp.

She accused the actress of trying to be the “star” of the show and fans aren’t happy.

The RHOBH co-star addressed Denise’s exit on social media. Teddi Mellencamp claimed Denise Richards was trying to be the “star” of the show. Most of the time, The Bold and the Beautiful actress didn’t want anything to do with the show. She would oftentimes run away from the cameras and try to leave the social events early.

Teddi was “not surprised” by the news of Denise’s exit from The Real Housewives of Beverly Hills. She held another Instagram Q&A with her fans on Instagram Stories. During the chat, she accused Denise of trying to steal the spotlight from her co-stars. Teddi didn’t think Denise fit in because she wanted to be the “star” of the reality series.

“Anytime one person wants to be the ‘star’ of the show and control how they are portrayed when it’s about showing the truth as an ensemble and it doesn’t end well,” Teddi wrote. “I wish her the best and hope she is thriving and happy. I also hope she stops referring to herself in the third person but I guess I have to let that part go.”

She was referring to the time when Denise called herself “Denise f***ing Richards.” Despite Teddi’s well wishes, don’t look for the ladies to become friends anytime soon. She revealed that there won’t be one between her and her former co-star.

Teddi Mellencamp posted her response on Instagram Stories, which lasts for 24 hours. But what’s on the internet, always stays on the internet. Fan Instagram account @realhousewivesfranchise posted a screenshot from Teddi’s Q&A. RHOBH fans flocked to the post to slam Teddi for mentioning Denise.

Fans are getting sick of Teddi. Most of them have called for her firing. But she insists that she will return for RHOBH Season 11. Teddi has gotten the most hate this season, especially with the death threats she received on social media.

The Real Housewives of Beverly Hills concludes next Wednesday, September 16 at 9 p.m. ET on Bravo.