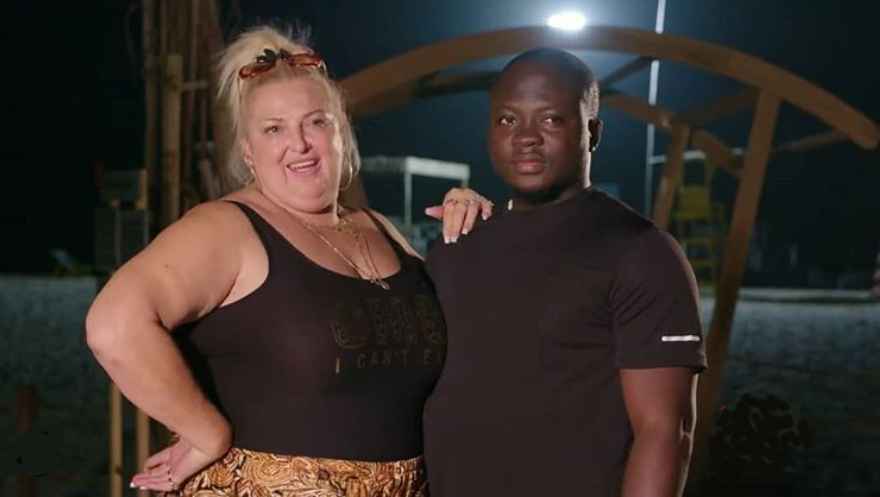 Angela and Michael of 90 Day Fiance: Happily Ever After? have had a rough journey to their wedding in Nigeria. However, they finally tied the knot, with Angela planning all kinds of adventure when they get home. However, on the way, Angela gets a call from her daughter in Georgia that puts a damper on everything.

It hasn’t exactly been an easy road for Michael, 31, and Angela, 54, of 90 Day Fiance: Happily Ever After? What with one thing after another, Angela has regularly called the whole relationship off. This includes the latest blow-up at their joint bachelor and bachelorette party. On the night, Angela got mad at Michael staring at a stripper’s butt.

Angela was also upset that her family, especially her mom, who is in ill health, was unable to attend the wedding. However, she agreed to the wedding in Nigeria, as this would help their chances of Michael getting a spousal visa. They had tried before, but he was denied.

Angela wants to be excited for her wedding day…but the reality of doing it without her family hits hard. #90DayFiance

A new sneak peek for Sunday’s episode has been released by ET. Speaking to the TLC cameras following her wedding, Angela said she and Michael have some hurdles in their future. She said, “But dammit, I just got married.” She went on to say that “tonight, I just want to spend some newlywed time with my husband.”

As they walk, Angela jokes that she jokes Michael is ready for this. She goes on to mention whipped cream and tells Michael to “get ready.”

Not long after this, their wedding night is interrupted by a phone call from the States. Angela’s daughter, Skyla, phoned to tell her that her mother was “unresponsive” and that an ambulance had been called to their home.

Angela is clearly distraught by the news and tells the camera that she won’t know more until Skyla calls her again. She says at that point, she can’t get hold of her, adding, “so, I don’t know. I don’t know.”

Fans will recall an earlier episode of this season of 90 Day Fiance: Happily Ever After? In that episode, Angela asked her mother’s permission to travel to Nigeria to marry Michael. At the time, she told her mother not to “croak” on her while she was away. Angela’s mom has survived cancer five times but is ailing now. She gave her daughter her blessing, telling the cameras it doesn’t matter anyway about her permission. She said her daughter always does what she wants.

Angela broke down at the time, knowing her mother would not be able to attend her wedding in Nigeria. She said that while she and her mother have had their ups and downs, she was proud to be her daughter.

Watch the sneak peek on ET’s website and keep up with the story on 90 Day Fiance: Happily Ever After? on Sunday at 8 pm ET/PT on TLC.