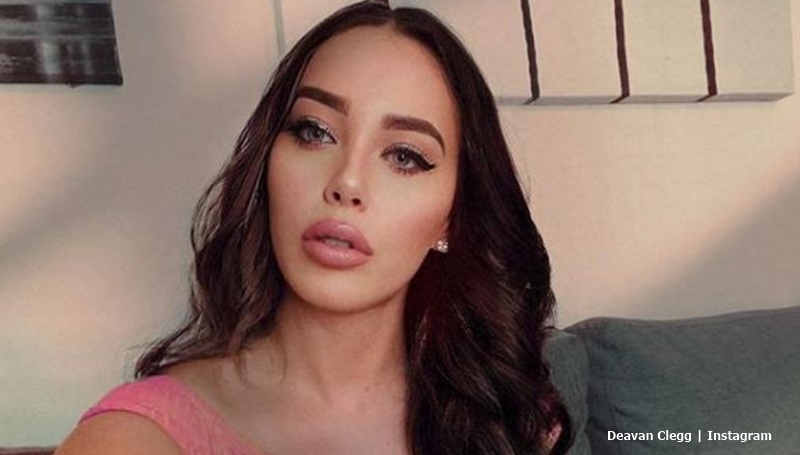 90 Day Fiance stars Deavan Clegg and Jihoon fell out of favor with fans in season 2 of The Other Way. Actually, many fans criticize Deavan more than Jihoon for all the drama that ended with them splitting. In fact, many people slam her for taking up with a new guy already. Now, fans grew angry as allegedly, she asks people for money to pay for a boob job.

We reported that all of the nasty allegations against Jihoon apparently get revealed in the Tell-All. Fans already saw Deavan and her mom criticize everything about Jihoon in Korea. And, when her daughter ran out into the street under Jihoon’s watch it seemed the final straw. Deavan alleges that some of the things Jihoon did or said were actually “evil.” Well, with fans pretty much over all that drama, they look to other news.

Screenrant reported that Deavan took up with a Korean guy who lives in the USA. Christopher “Topher” Park lives in LA, where he works as an actor, among the things. It’s not clear if Christopher goes onto Deavan’s OnlyFans account or not. But, she started one where she apparently sells photos of herself in a bikini. And, allegedly, she asks 90 Day Fiance fans for money so she can get a boob job done.

@jz.styles did such an amazing job with my hair still so in love 😍 #hairextensions #longhair #90dayfiancetheotherway #90dayfiance

Does Deavan really ask for money for a boob job?

The story that Deavan allegedly asked for money came on the private Instagram account called @90Day_Fiance_Gossip. Well, at least that’s according to the account @hundred_percent_true_shit. They shared a screenshot and repost from the Gossip account. The photo showed Deavan with the words, “Deavan Clegg asks for boob job money in onlyfans.” Hundred_percent_true captioned it with, “People are hurting and she wants people to give her money for a (.)(.) job. 🤦🏼‍♀️.”

Immediately, 90 Day Fiance fans started wondering how true that is. In the discussion, one fan noted, “There was another story about it and I’m pretty sure she addressed it on her page awhile back as well.” Then, another person replied, saying, “I saw her ask for it on here too. This girl has some jacked up priorities. I cannot stand her.” Some people thought perhaps it all got taken out of context. But judging by other fans in the know, apparently, Deavan asked for boob job money somehow.

FansOnly accounts, unfortunately, are just that. A subscription service for fans willing to pay. And, so we can’t confirm if that really went down. As one follower noted, money’s tight and even buying the groceries hurts people’s pockets these days. But if you signed up on that account, maybe you can confirm for 90 Day Fiance fans if she really asked for boob job money, Sound off in the comments below.