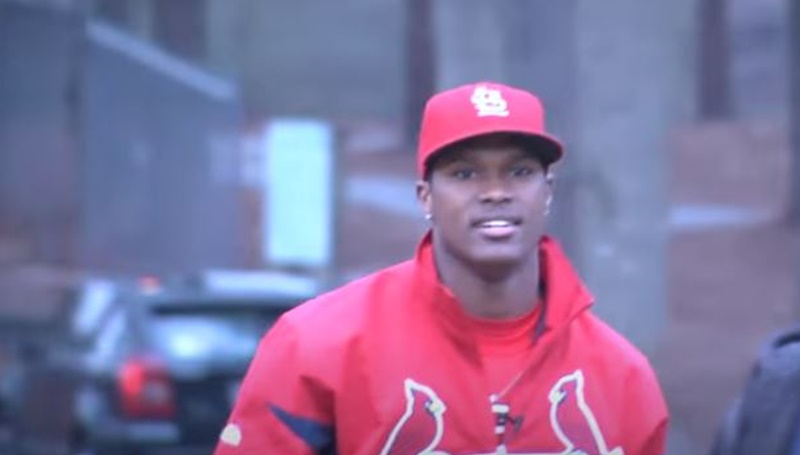 Love Island brought a new but original UK plot to the show. Ten new people come along. And it likely strains existing relationships. Well, nobody’s more likely to get the girls going than the introduction of De’Andre Asbury-Heath.

We reported that “ten new islanders will be introduced into the mix. It will force the current couples to decide if they care enough about each other to continue on together.” The OG ladies get five new guys in their villa. And, the old guys get five new ladies. So, things peak with a good old British twist. And, the arrival of De’Andre also stirred plenty of hormones.

De’Andre Asbury-Heath’s a professional baseball player, according to Distractify. Hunky, he sports “exceptional tattoos, and [a] charming smile.” The social influencer also models on the side. Fans seem very keen on the newcomer. But, many of them complained that the Love Island app mixed up the two pictures of De’Andre and Mike.

Over on Twitter, one person noted, “I’m upset. I’d like to swipe on De’Andre, but this isn’t him.” And another fan complained, “did the love island app mix up de’andre and mike’s pictures on the “which new boy should kierstan go after?” poll?????” Irritated, a critic wrote, ” #LoveIslandUSA app swapped Mike and De’Andre’s names and pictures so now I’m confused when I’m doing these polls.”

Well, that sounds like a FUBAR moment. But, others talked about his impact on the show. One said, “Can we bring De’Andre back to the villa! Like c’mon he’s sooooooooo satisfying to look at.” Meanwhile, another person noted, “Justine and Cely need to go ahead and snatch Jalen and De’Andre up just incase!! I REFUSE to have my girls go out looking sad..”

De'Andre when you come back home, call me!! #LoveIslandUSA

More about the athlete

Distractify checked out the career of De’Andre. It’s not clear where he plays now. But, he represented pro baseball teams like “St. Louis Cardinals, Gulf Coast League Cardinals, and Johnson City Cardinals.” He later, in about 2018, became independent as a player in Cali. Later, he went off to the Brantford Red Sox and taught kids the game.

At some stage, the newcomer to Love Island “played for Napa Silverados.” And, in “December 2018, De’Andre joined The Welland Jackfish.” Whatever he does these days seems of little interest to fans of the show. Universally, it seems that they agree he’s fire!

What do you think about the introduction of De’Andre Asbury-Heath to Love Island? Do you agree that he’s fire? It certainly looks like his arrival on the show brings a huge twist to other guys. It’s not easy competing with successful, famous and gorgeous looking guys, after all. Sound off your thoughts in the comments below.