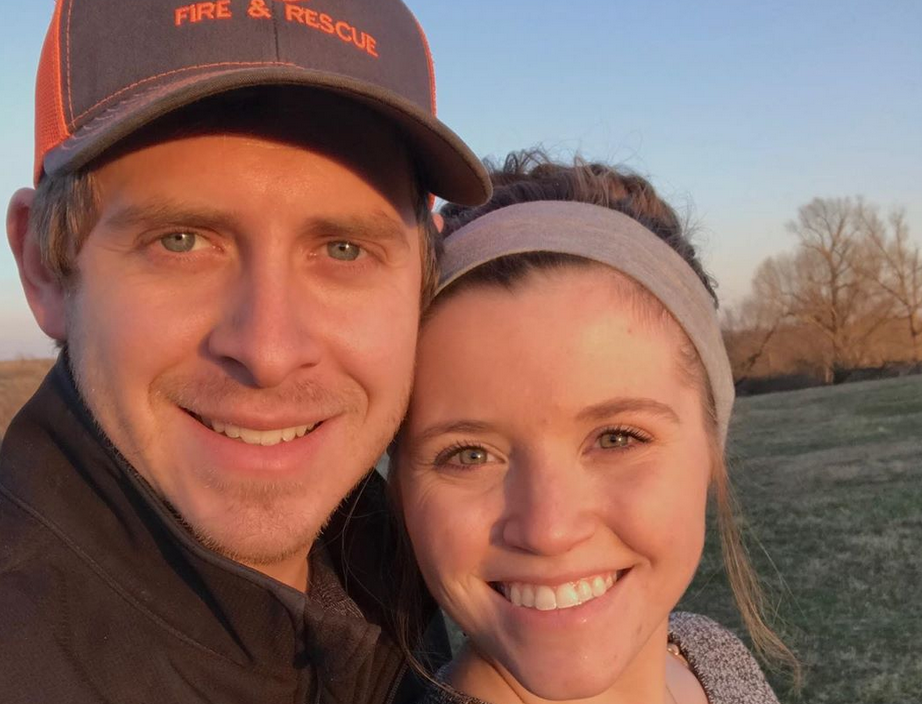 Counting On stars Joy Duggar and Austin Forsyth are recent parents of two. Joy and Austin have been documenting the sweet, happy moments of parenthood. But now, Joy is getting honest about something that happened at home. It looks like her son got into her makeup. Of course, fans are sympathizing with her over the trouble that little ones can get into.

Joy and Austin share two young kids. Gideon is two years old and Evelyn is just a few weeks old. The couple is happy to have a baby girl in their family. They often share about their kids on social media and on their YouTube channel. They are likely going to be leaving TLC’s Counting On, which features the Duggar family. But, in the meantime, they are keeping fans up to date in other ways.

On Thursday, September 10, Joy took to Instagram to share what Gideon had recently gotten into–her makeup. She shared a picture of Gideon holding an eye shadow palette. He has makeup smeared on his face, his hands, and his clothes. In one of the photos, he’s smiling for the camera, as if he’s proud of himself.

Plenty of her social media followers are now chiming in in the comments section. Some are recommending that she hides the nail polish. Others are laughing and saying they have been in the same situation. A few of Joy’s followers are noticing that the palette is from a high-end makeup company, so they hope Gideon didn’t cause too much damage.

Joy and Austin are some of the more active social media users in the Duggar family. So, it’s easy for fans to keep up with them. Since their baby girl arrived, the couple has been sharing lots of new pictures of her. They even shared a couple of sweet pictures of Gideon and Evelyn together.

Even though Gideon is only two years old, fans think he’s already a great big brother. Austin shared a photo of Gideon holding his little sister. Along with the photo, Austin writes, “He asks to hold Evy Mae about every 10 mins… I’d say we’re all smitten!❤️”

So, what do you think of Joy’s latest photo of Gideon? Leave a comment below.