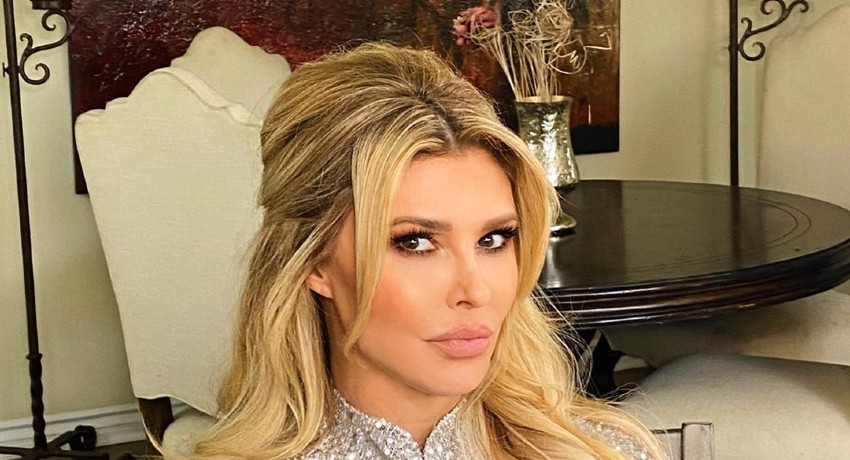 The Real Housewives of Beverly Hills reunion continued this week on Bravo. Toward the end of the episode, the stars began to wonder: “Where’s Brandi”? They were referring to RHOBH alum Brandi Glanville.

Though she isn’t in the main cast anymore, she was a HUGE part of Season 10. Her allegations of an affair with Denise Richards set off a tidal wave of drama. Denise denies the affair, but most of her co-stars don’t believe her and neither do the fans.

But something very odd happened during the RHOBH reunion. At one point, Denise seemed to imply SHE kept Brandi from appearing during the virtual reunion.

‘I Wasn’t Going to Give Her The Satisfaction’ – Did Denise Richards Prevent Brandi’s RHOBH Appearance?

After Kyle Richards and Dorit Kemsley hashed out their Season 10 differences, the focus turned to Denise Richards. Not only did she face affair allegations, Brandi repeated some of the negative things about her RHOBH co-stars that Denise allegedly said to Brandi about Teddi Mellencamp and Erika Jayne.

Denise allegedly called Erika Jayne a “cold b*tch” to Brandi. Additionally, she said that Teddi is a “sh*tstirrer” living in her famous father’s shadow. Teddi’s father is “Pink Houses” rocker John Mellencamp. The Wild Things actress denies saying anything negative to Brandi about her RHOBH co-stars.

At one point, Lisa Rinna cut in the discussion by calling it “bullsh*t” that Brandi wasn’t at the reunion to discuss everything. The other women, including Denise chimed in with, “Where is Brandi?”

But then it took an odd turn. Lisa said to Denise, “Why isn’t Brandi here to do this [discuss] with you?” while pointing directly at the camera. Denise replied that why would Brandi be there? She’s not “part of the show” or the group.

At that point, RHOBH‘s Erika Jayne backs Lisa Rinna up by asking, “But where is Brandi to answer all of these questions?” Denise’s response to that STRONGLY implied that she was behind Brandi’s absence.

Denise said, “I wasn’t going to give her the satisfaction.”

However, Andy Cohen wouldn’t let Denise finish what she was saying.

Andy Cohen Cuts In, Says It Was Bravo’s Decision

After Denise seemingly admitted to blocking Brandi Glanville from appearing at the virtual reunion, Andy Cohen repeatedly cut her off. He explained that it was a decision from the network not to have Brandi appear.

People reports that the network didn’t think Brandi had more to offer the conversation. Andy said, “there was nowhere to go” after Brandi gave explicit details about her alleged encounter with Denise.

However, what Denise said tracks with Lisa Rinna’s post-reunion rants on her social media about “cease and desist” letters.

Additionally, Brandi revealed that she WILL talk about the affair allegations. But alone and separately with Andy Cohen. Bravo has yet to announce when that conversation will air. However, the RHOBH reunion has one more episode to air and then RHOC takes over the Wednesday time slot for Season 15 on October 7.

Be sure to follow our social media for all the latest TV news! Scroll down to the comments and let us know if you caught Denise’s slip of the tongue. No pun intended.