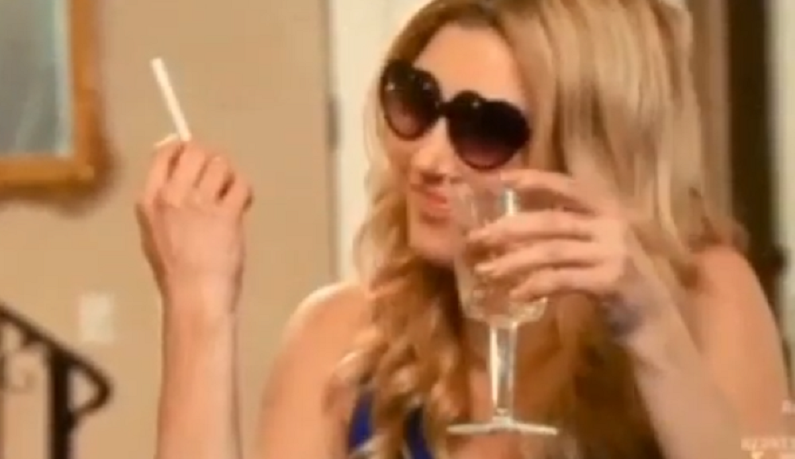 Brandi Glanville revealed more about her alleged affair with Denise Richards. She’s not going to let a little “cease and desist” letter stop her. The RHOBH alum made a virtual appearance on Watch What Happens Live With Andy Cohen on Wednesday night, September 9. She backed up her allegations that the two had a months-long affair.

Meanwhile, Denise Richards announced her departure from The Real Housewives of Beverly Hills. This comes amid a tense season for the actress. Brandi’s claims were the center of the drama among the RHOBH co-stars this season. Now, Brandi is dishing more on her alleged hookup with Denise.

Brandi Glanville claims she and Denise Richards were “more than friends”

The reality star spoke explicitly about her alleged fling with Denise Richards. Host Andy Cohen asked Brandi Glanville why she talked about Denise’s intimate life with the other women. Brandi made it clear that nothing was off the table when it came to her personal life. Even if that means throwing someone else under the bus.

“My off-camera life is the same as my on-camera life,” Brandi responded. She also revealed that she “was a little bit p***ed at her,” meaning Denise. Brandi then counteracted Denise’s denials by revealing their relationship wasn’t just platonic. At first, she revealed that Denise often contradicted the timing of their friendship.

“We were definitely friends, and more than friends, actually,” she said. “I don’t understand where she — I think she’s just so confused and she contradicts herself constantly. I don’t even know what to say.”

But she did have more to say. Brandi revealed the details of their salacious affair. Apparently, the two had chemistry the first night they met. The podcast host claimed they hooked up several times after their steamy encounter.

“The first night I met Denise, we made out in the bathroom. She asked to see my t**s, because she said she had to get her boobs redone. We went into the restroom, she threw me against the wall, we were making out.”

Brandi claims they both had too many drinks that night. But she was ready for more. Denise invited Brandi to her set where they hooked up.

Brandi Glanville addressed all of the affair rumors. On Season 10 of RHOBH, Denise told her co-stars that Brandi bragged about hooking up with her former co-stars. During the interview, Brandi denied Denise’s claim. She said she’s never made that claim or bragged about sleeping with the Housewives. Brandi also gave Andy an answer to a question he was probably thinking of asking.

“I have never slept with anyone on the cast,” Brandi explained. “I think they’re all beautiful, but never happened, never came out of my mouth. It’s just blatant lies.”

If it were to happen, Brandi would choose either “Rinna or Kyle.” But if it was with neither of them, she would then choose “Erika.” She also wasn’t shocked when Rinna ended up siding with her in the end.

“I think that Rinna is a truth-seeker,” Brandi said. “And they all know I might be an a**hole, but I do tell the truth.”

However, fans haven’t forgotten when Kyle called Brandi a liar in the past. Part three of The Real Housewives of Beverly Hills reunion airs Wednesday night, September 16 at 9 p.m. ET on Bravo.