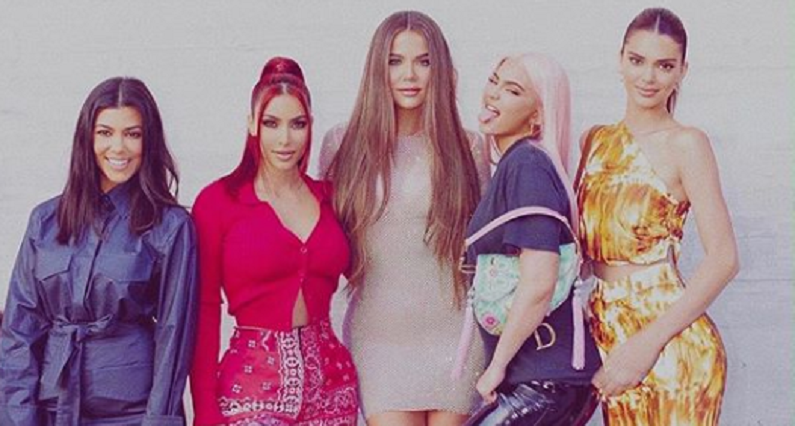 On Tuesday, September 8, Kim Kardashian announced the end of Keeping Up With the Kardashians. Prior to the announcement, Kourtney Kardashian hasn’t been shy about sharing her discomfort with being on the show. Now, the series is finally coming to an end in 2021 after the final two seasons. Most fans are pointing the finger at Kourtney for ending the series.

A few months ago, Kourtney shared her frustrations with the production of KUWTK. She announced that she was exiting the show altogether. In an interview with Vogue Arabia, the oldest sister called the reality series a “toxic environment” and said she wants to live a private life. Find out why fans think she’s to blame for the show’s demise.

Did Kourtney Kardashian have a hand in ending the series?

As per Pop Culture, many KUWTK fans think she has something to do with the Poosh founder. She served as executive producer alongside her sister and her mother, Kris Jenner. But stepping away from her position could have put the show in jeopardy. Maybe no one else didn’t want to step up and fill Kourtney’s shoes.

KUWTK fans are comparing the show’s end to the end of One Direction. The band disbanded after Zayn Malik announced his departure in March 2015. So, fans are referring to her as the Zayn of the Kardashian family. Here are just some of the fan comments:

Most fans took to Kourtney’s Twitter following Kim’s announcement. They blame her for ending the show. But Kourtney said she wanted to take a step back from the series. She was even willing to film the show on a part-time basis.

@kkwfragrance Diamonds II Collection by Kourtney x Kim x Khloé collab coming soon! I chose a Ruby for my stone as I have a deep personal connection because it is Penelope’s birthstone. It symbolizes nobility, passion and loyalty. Shop the new #KKWDIAMONDS II fragrances on Friday, 09.18 at 12PM PT at KKWFRAGRANCE.COM

She is ready to speak her peace. As per Mirror, Kourtney Kardashian wants to open up about the cancellation of Keeping Up With the Kardashians. But on Tuesday night, she shared the same sentiments that her sisters shared on social media. While she didn’t write a personal message, Kourtney promised to “share her thoughts” on the matter in the near future.

However, she didn’t follow-up with her thoughts. The 41-year-old hasn’t posted anything else to her Instagram Stories, Instagram feed, or even her Twitter account. Instead, she’s been sharing supportive messages from fans of the show. But fans are desperate to learn Kourtney’s thoughts on the cancellation.

Kourtney quit the show after an explosive fight with her sister Kim. She wanted to step back from filming in an effort to focus on her family and her lifestyle brand.

What are your thoughts? Do you think Kourtney Kardashian is to blame for the end of Keeping Up With the Kardashians? Are you shocked by the news of its cancellation? Sound off below in the comments section.