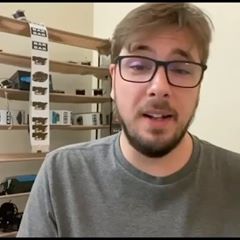 Fans of 90 Day Fiance saw Colt Johnson just split from Jess Caroline after finding out that Colt has been sending di** pictures to eight other women through Instagram. That wasn’t the only reason though! Jess and Colt were arguing about these pictures when Colt decided to also spring on Jess the fact that Vanessa, Colt’s previous one night stand was now living under the same roof as Colt and his mother Debbie. Debbie took the blame for allowing Vanessa to move in due to her going through a divorce! She even stated that Vanessa doesn’t want Colt, a statement Jess didn’t seem to buy!

In an earlier episode of  90 Day Fiance, Jess Caroline and Colt Johnson went to Brazil to meet some of Jess’s family. The trip seemed to go well until the last day in Brazil. Over barring mother, Debbie decided to happily throw out the news that Vanessa was at Colt and Debbie’s shared home babysitting the twos cats! Jess was livid as she had known that Colt and Vanessa previously had a one night stand. Jess already asked him to have no more contact with Vanessa, Colt agreed but obviously had no intent to keep that promise! Even after this big fight that led Jess to fly off the handle and throw her shoe at Colt and calling him “trash” in the process, Jess decided to give Colt another chance at their relationship. It didn’t work out.

Debbie, Colt’s mother, has not been a fan of her sons now ex-wife Larissa or his recent ex-girlfriend, Jess. Who does she approve of?

Debbie does approve of  Vanessa and has stated a few times on the 90 Day Fiance that she really would like Vanessa to be her daughter-in-law.  What does that mean for Colt? We know mama’s boy Colt is always ready and willing to please his mother.

Out on a date?

According to ScreenRant, Colt and Vanessa had been recently spotted on a double date with Nick Hogan and his girlfriend, Tana Lean. There’s even a video posted of the two on this date and holding hands afterward. The pair didn’t deny or reject the claim of them being a couple. It honestly looks like Colt has moved on. Debbie sure will be happy if this is true!

So are Vanessa and Colt of 90 Day Fiance a couple? Nobody knows for sure, but it is starting to look that way!