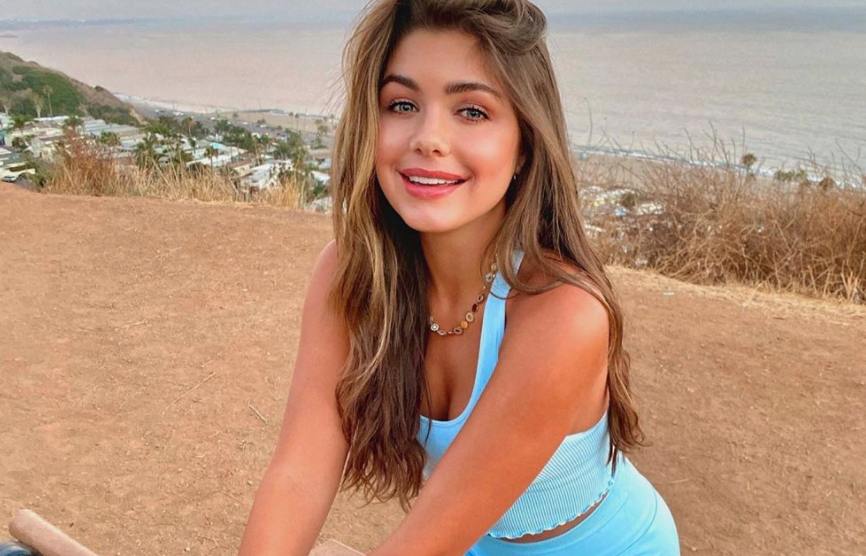 Hannah Ann Sluss had quite the season of The Bachelor. Now, she’s opening up on if she would ever take the lead role as The Bachelorette.

Hannah Ann as ‘The Bachelorette’

Hannah Ann and Peter Weber had a very sad ending. They got engaged, but at the end of the day, Hannah didn’t feel that he was really in the relationship despite how hard she tried to make it work. Now, she’s opening up on if she would ever take on the role as The Bachelorette, Us Weekly says.

Apparenlty, it depends on where she is at when/if they ever asked.

“It all just depends on where I’m at in life,” she says about taking on the role. “I haven’t given up on love, I truly believe there’s someone out there for me, and I’m excited to meet them. I don’t know how we’ll meet them. But I know I’ll meet them and it might be in front of everyone else to see again, who knows, but not another national TV breakup.”

Honestly, that totally makes sense. No one wants their breakup broadcasted once, let alone twice.

Hannah does think that the format of the show really does work though, despite having her heart broken in front of everyone.

Our BEST requires REST 🌸 ⁣ I’ve been working hard lately to find and achieve balance — life's a marathon, not a sprint! Our bodies aren’t designed to go without rest…if you don’t take time off, your body will make time off. I’m learning that setting aside time for rest not only recharges my emotions, but also helps me grow to trust God more. 💞 As @chadveach says, giving God our stress and workload allows him to go to work on our behalf! ⁣ ⁣ Here are a few things I’m trying to do to create more balance in my life 💕⁣ ⁣ 1. Surround myself with family + friends. Who in your life speaks encouragement over you and fills you up? Whoever they are – keep them close! ⁣ 2. Unplug from electronics – get that mental sharpness RIGHT. ⁣ 3. Exercise + sleep. Both of these help to refocus my spirit and remind me that I'm in control of my feelings – not the other way around! 🥰

Hannah is also sure to note that no matter what show anyone goes on it’s a huge risk. However, Hannah says that she’s not really afraid. She’s been through enough when it comes to Bachelor Nation. She says she is just hoping that her ‘prince’ is next. After all, she has “kissed a lot of frogs.”

“I think anytime you’re putting yourself out there again, you know, it’s a risk, but you have to just have faith that you’re gonna make it through it,” she says. “After what I’ve been through, I’m not afraid of anything when it comes to dating. I’m not. I just feel like I’m fearless. Nothing intimidates me now at this point. So I know I can work through it and know it can be my own rock and, you know, just continue to put yourself out there. It’s like my mom says, ‘You’ve got to kiss a lot of frogs before you meet your prince.’ I’ve [kissed] a lot of frogs so hopefully, my prince is next.”

Despite her concern and the risk, Hannah would make a great Bachelorette. It seems like she has learned a lot since her time with Peter Weber, and has really been the strong commanding woman it takes to be The Bachelorette.

Would you like to see Hannah Ann in the role? Let us know what you think in the comments. Come back to TV Shows Ace for more news on all of your favorite reality TV stars.