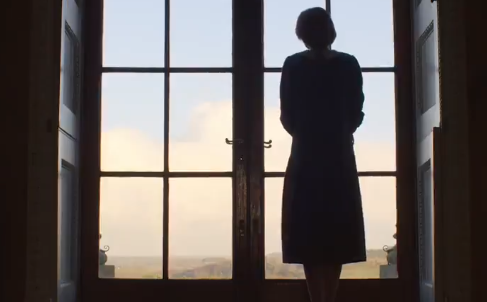 Actress Emma Corrin will play a young Princess Diana in The Crown Season 4. Fans are already excited to see the people’s princess on screen, and the iconic wedding dress. Corrin recently sat down with British Vogue to discuss preparing for the role and how thrilled she was during the whole experience.

After long months of research, Corrin says she feels like she actually knows Princess Diana as a friend and “loves figuring people out.”

“I know that sounds really weird, but I get a great sense of companionship from her,” the actress says. “I suppose, over time, you kind of start to patch together a sense of empathy and a sense of understanding.”

This Is Emma Corrin’s Biggest Role Yet

Emma Corrin is no stranger to the stage, but she only had smaller roles before. The Crown finally chose her after nine long months of readings. Afterwards, Corrin kept the news to herself. She was ecstatic, but didn’t want the news to spread.

Even so, some of her friends figured it out on their own. Emma Corrin says she always has had a fascination with the late princess. But after receiving the role, she only wanted to learn more. Corrin dove into the role by researching Princess Diana’s life, watching documentaries, and even meeting with the princess’s private secretary, Patrick Jephson.

But Jephson isn’t the only one who knew Princess Diana that helped with the upcoming season. The Crown even received assistance from the team who made the princess’s original wedding dress.

“The Emanuels, who designed the original, gave us the patterns, and then it was made for me,” Corrin told British Vogue. “We were filming the scene when you first see her in the wedding dress – I think it was Lancaster House in London – and I had a team of about 10 people helping me put it on, because it’s massive. I walked out and everyone went completely silent. More than anything else I wear in the series, it’s so… It’s her.”

You can catch a glimpse of the dress at the very end of the Season 4 trailer Netflix released in August.

Are you pumped for the new season? Leave your thoughts in the comments below. We can’t wait to see how Corrin brings the lovely Princess Diana to life.

After Season 4, actress Elizabeth Debicki will play Princess Diana in Seasons 5 and 6. It will be really interesting to see how she picks up where Emma Corrin left off. Like Corrin, Debicki has the utmost respect for the late princess and hopes to do her memory justice.

“Princess Diana’s spirit, her words and her actions live in the hearts of so many. It is my true privilege and honour to be joining this masterful series, which has had me absolutely hooked from episode one,” said Debicki.

The Crown Season 4 comes to Netflix on November 15. Don’t miss out.