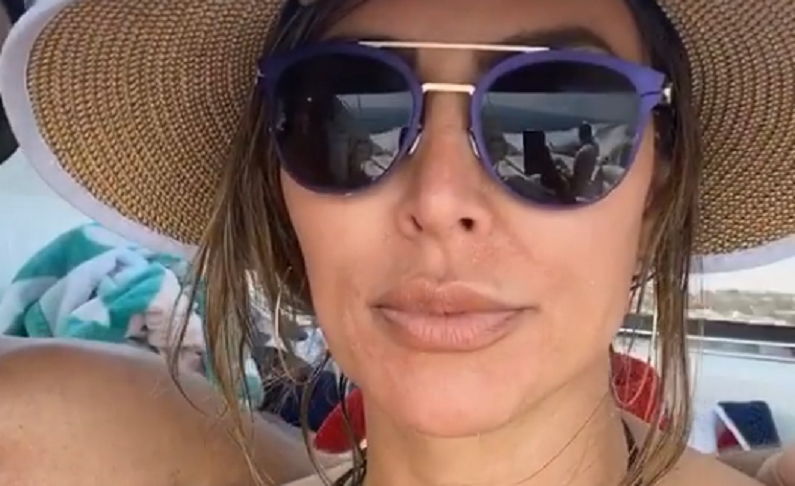 Kelly Dodd from The Real Housewives of Orange County is in denial of the coronavirus pandemic. This comes after she made inappropriate comments about the ongoing health crisis. As fans know, Kelly isn’t shy about sharing her thoughts on the matters of the world. And she doesn’t care what her followers think.

The Bravo star doubled down on her words. RHOC fans criticized Kelly for not taking the coronavirus seriously. She even traveled between California and New York to be with her fiance Rick Leventhal. Now, she’s claiming there’s “not a pandemic anymore.”

Kelly Dodd is fed up with wearing masks at the restaurant

The RHOC co-star took to Instagram to post a controversial message. Kelly Dodd thinks there’s no point in wearing a face mask to the restaurant. According to the Centers for Disease Control, face masks, and coverings are important because they help slow the spread of the virus. But Kelly doesn’t see the point in wearing a mask, especially while out in public.

“Putting a mask to walk ten feet through a restaurant and then taking it off when I get to my table is one of the dumbest things I’ve done in my life and I’ve done a lot of dumb things,” Kelly posted on her Instagram account. While Kelly didn’t write a caption for the post, it’s clear that she’s anti-mask. She immediately got backlash for her controversial message.

One fan told Kelly to “use your brain!” Another follower wrote, “We know you do dumb things. This statement is on top.” Meanwhile, another RHOC fan said, “Spreading a virus to someone because you won’t wear a mask in a restaurant would be the dumbest thing you’ve ever done.”

Some fans have had a change of heart. While they love Kelly’s brashness and honesty on the reality show, they don’t like her anti-mask stance. They wish she would use her platform for the better. “Always been a fan of you but this is NOT the post to make in the middle of a pandemic… you have a platform Kelly.. use your brain.”

RHOC star claps back at her fans

Kelly Dodd didn’t ignore the backlash. But instead of apologizing, she doubled down on her stance. However, it wasn’t the message that anyone was expecting. Kelly revealed she thinks the coronavirus pandemic has ended.

“It’s not a pandemic anymore!!” Kelly responded to one of her followers. “Did you read the CDC numbers!! My platform isn’t to be a sheep my platform is to be an independent thinker!”

A post shared by Real Housewives (@realhousewivesfranchise) on Sep 7, 2020 at 2:15pm PDT

RHOC fans came back fighting once again. They slammed Kelly for her rumored Republican views. They also brought up Donald Trump in her comments section. TV Shows Ace previously reported that fans assumed she attended the Trump Boat Parade, which made headlines over the weekend. They already don’t like that she’s involved with a Fox News correspondent.

What are your thoughts on what Kelly Dodd said about the coronavirus pandemic? Sound off below in the comments section.