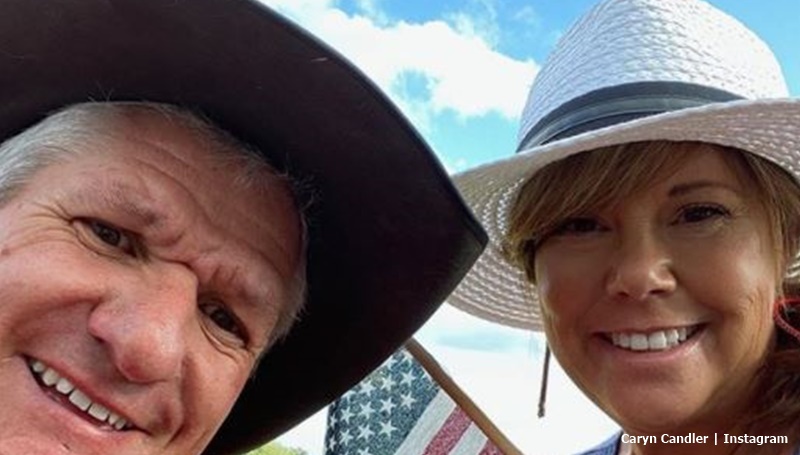 LPBW fans saw that Matt and Caryn spent time with the grandchildren on the farm in Oregon recently. But now, they took advantage of Labor Day Weekend and caught up with his mom and dad in Grass Valley, CA.

Taking to Instagram on Monday, Caryn shared a photo of herself with Matt and his mom and dad. She captioned it with, “Labor Day BBQ in Grass Valley, CA with Matt’s adorable mom & dad (Aka Papa & Huny). Also got to see his sister, brother, nieces & nephews! Hope your long end of summer weekend was fun. 🥰”

Fans of Little People, Big World know that Huny’s real name is Peggy. Occasionally, fans see them on the show. Good Housekeeping reminds readers that they saw them in the Four Generations of Roloffs episode. That came when Zach celebrated his first day as a father to Jackson. As they live far away from Oregon in California, probably, that’s why fans don’t see much of them on LPBW.

Matt and his parents don’t grow any younger. And, as people age, family time becomes more and more precious. Many fans of the show appreciate that. One fan commented, “in our family, sometimes we all cannot be at everything!…go if you can & want to…& if not, you can see them on another day!” Caryn responded, saying they did that this year and “celebrated” a bit early.

The LPBW star also interacted with fans who spoke about the fires in the area and the blackout. Caryn reassured them that it’s “smoky” there, But, it looks like they weren’t in danger. And, they already “got the generator out” for the blackout. Actually, Matt seems like a chip off the old block. So, it’s likely they stay sharp and prepared for anything.

The LPBW star said, “Hi Michelle. Lots of family was there actually – but Matt & I had plans to go visit his parents out of town …so we celebrated with sweet Ember earlier in the week.” Of course, Ember sees her grandpa and Cha Ca very often, so, as that earlier fan pointed out, sometimes families spit the time they spend with each other.

Fans like that Caryn always interacts with her fans when they chat on her Instagram. Not every reality TV star does that.