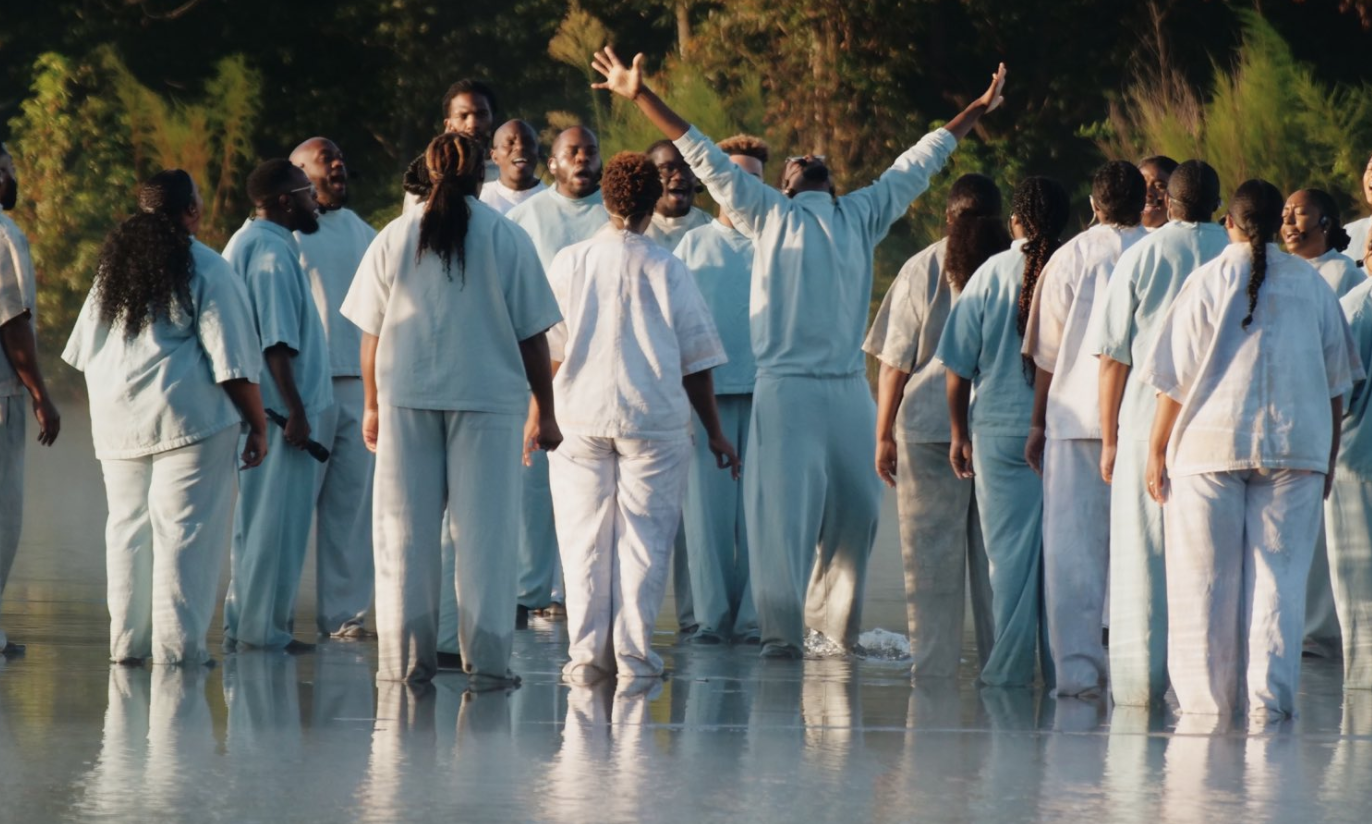 Leave it to Kanye West to find a way to walk on water. As a well-known bible reference, Kanye made sure to add this into a video Kim Kardashian shared of Kanye’s Sunday service.

Kim Kardashian shared a video of her husband’s Sunday Service on social media. The video was taken in Atlanta. However, there is something unique about it. In the video, Kanye looks to be walking on water, The Independent says.

Joel Osteen was there and even he commented on the similarities.  He compared Kanye West and Jesus walking on water.

“I’m watching these fine men and women singing, it looks like they’re walking on the water and my mind goes back to that time where Jesus invited Peter to walk on the water,” Joel started. “I think we all have times in life where God’s telling us to do something, I feel it down on the inside, [but] we don’t feel qualified. ‘I can’t sing like them,’ ‘I can’t invent like Kanye’… but God doesn’t put a dream in your heart and not give you the ability to do it,” he finished.

Kanye’s other video is even more strange

This isn’t Kanye’s only interesting video he has put out lately. He also recently also had a video leaked that was actually created three years ago with Tyga. This video features Kylie Jenner, so when they broke up, they weren’t really able to release the video. However, now it has been leaked and fans can see just how weird it is.

In the video, it appears that Kim Kardashian is giving birth to her little sister, Kylie Jenner. Apparenlty, this was a nod to the fact that Kylie wouldn’t have found her fame if it wasn’t for Kim paving the way for her.

“It features Kylie coming out of Kim’s vagina,” director Eli Russell Linnetz says about the video. “The metaphorical meaning being that there would be no Kylie without Kim.”

What do you think of Kanye West seemingly walking on water? Or his video featuring his wife and sister in law? Let us know your thoughts in the comments. Come back to TV Shows Ace for more news on all of your favorite reality TV stars and Kardashian family members.