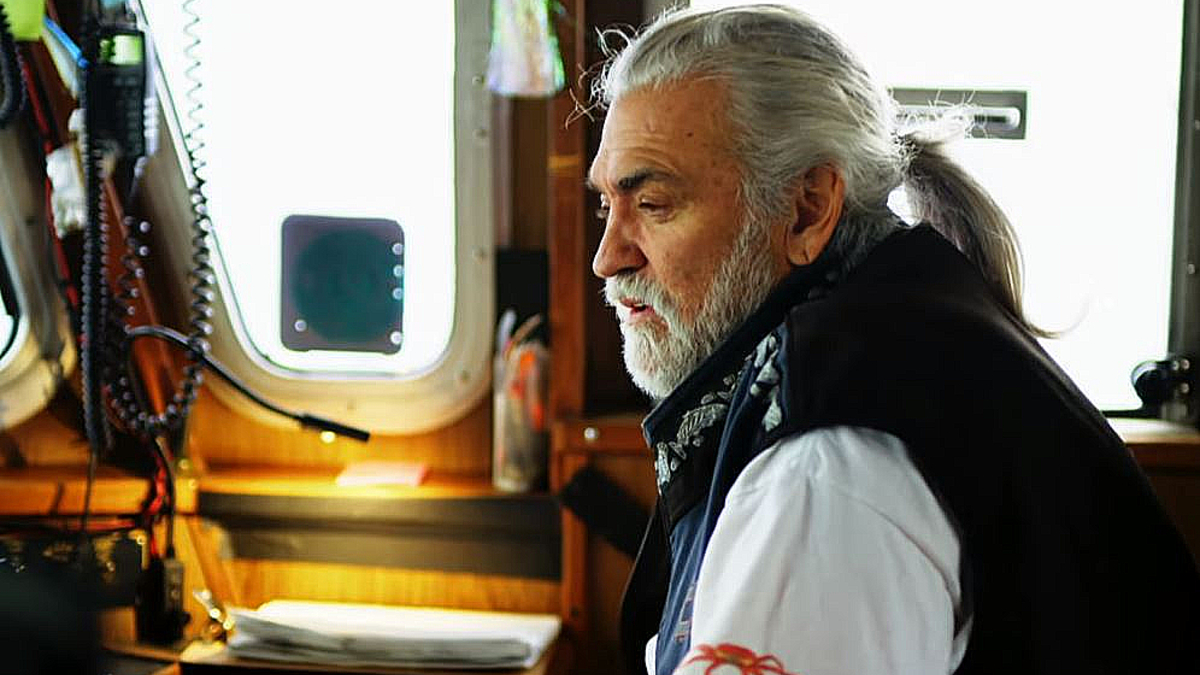 On tonight’s Deadliest Catch, there’s mechanical issues plaguing the Summer Bay giving Captain “Wild” Bill Wichrowski a massive headache as they try to stay in the running for crab totals and daily numbers.

The race is on for crab and time is money, something Bill knows all too well.  This season has not been easy for the easy-going captain who when pushed too far can really intimidate, as Josh Harris noted in an exclusive interview with TV Shows Ace that he was “terrified” of Bill.

Harris said: “And, [Bill is] one of the few guys I’m terrified of… but I love a lot. He’s a very big man, too. He’s not little, and you don’t really get the grasp of how big he is until he is standing in front of you to stop. I’ll tell you what, it’ll change your whole perspective on sh*t. That’s pretty impressive.”

TV Shows Ace exclusive clip with Bill opens up with him in the cabin, worried about his engine, and he says to his deckhands over the intercom: “Another slowdown.  I say change it. I know it’s a bitch but you guys can NASCAR it.”

Narrator Mike Rowe gives us the scenario: “Now, the Summer Bay pit crew must replace the 400-pound motor while rocking in 20-foot seas.”

Resigned to the tedious situation, Bill says: “This just takes away the momentum. I had the momentum going where I was really looking at getting home, but uh
hopefully getting all with the last three money [crab pot] strings then.”

The men ware trying to swap out engine parts and are having trouble with a winch all while Bill watches from above.

In voice over, Rowe adds: “The repair [is] essential and time running out the crew works in perfect concert to get bill back in the race.”

But the spare winch is no good. Time for some on-the-fly engineering.

Looking a bit defeated, Bill says: “You got to have a rebuilt winch, you should be able to change that in an hour. You know ultimately this is me. You know, you can rely on the guys all you want but unless you check and recheck it’s not good enough asking you have to get confirmation and it’s done.”

Mike Rowe says: “Bill’s solution, make one good winch out of two bad ones by marrying the working parts…giving the skipper a fighting chance to finish the season and avoid another costly trip.”

Watching as his guys are trying to figure it all out, in closing for the clip, Bill says: “I don’t know what else to do right now it’s a boat, you make do.”

About the Summer Bay

The F/V Summer Bay is where “Wild” Bill Wichrowski does his magic in crab season and for other fishing runs in the colder waters off Alaska. Built in 1981, the Summer Bay is a sturdy fishing vessel with a gross tonnage of 196.

Discovery notes that back in Season 14, Bill’s deckhand Spencer Moore had an accident that nearly cost him his life as he took an icy plunge into the Bering Sea.

In our TV Shows Ace exclusive interview, the captain of the Summer Bay dished ahead of the season.

“Wild” Bill Wichrowski is originally from Pennsylvania and he has fished in the Pacific home for some time. He has extensive experience as a naval engineer, boat electrician, and commercial fisherman.

His experience in the Navy has served him well as an Alaskan king-crab fisherman. Now the captain splits his time between working the Bering Sea and relaxing in warmer waters in Mexico by the Sea of Cortez where he owns a home.