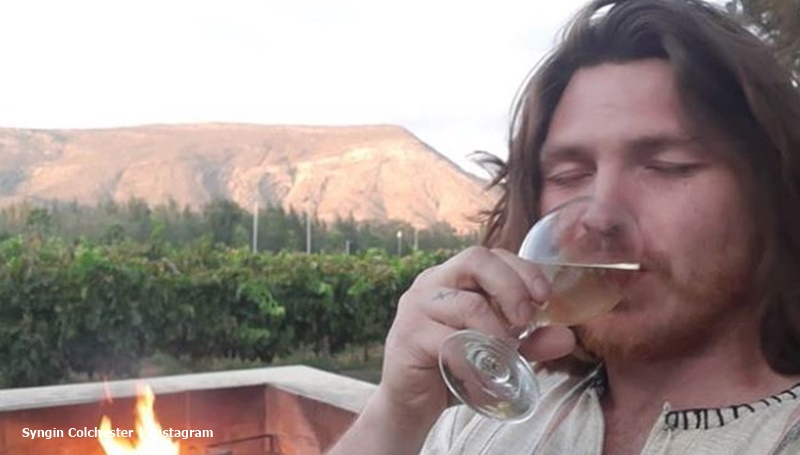 90 Day Fiance fans see Syngin and Tania Maduro on Happily Every After at the moment. Much of it covers their time in South Africa. So, TLC fans got to know a bit about his family. His mom and his sister met them at the airport. Now, Syngin shared a throwback photo to an outing in the Western Cape in South Africa. He also took the opportunity to put a critic right about their alcohol consumption that day.

In this season of Happily Ever After, several incidents arose where Tania and Syngin clashed. Fans saw Tania and her man fight at a traditional South African BBQ. Tania got stuck into criticizing Syngin and it all ended in drama and tears. Actually, Tania effectively ruined what should have been a really nice family day. Even Syngin’s mom feels that Tania could lose him if she gets too controlling.

Then the 90 Day Fiance couple got into it again on a pub night out. Tania started outing Sygin in front of his friends. Naturally, he just wanted to enjoy some catch-up drinks with his mates. He didn’t want to air his dirty laundry in the pub. And of course, Tania also makes out that Syngin spends his entire life drunk or on the way to drunk.

Visit to the wine farm – fan talks about alcohol

South Africans totally get that Syngin might enjoy beers with friends. It’s pretty much a lifestyle. In South Africa, he’s immensely popular with TLC fans. They even tolerate Tania to a point, but that wears thin after recent episodes. Possibly because of Tania always banging on about Syngin drinking, a critic commented on that in his wine farm visit post.

The 90 Day Fiance star shared a photo of himself with Tania and his family on a wine farm. He captioned it with, “The whole family oooo what a day.” He also talked about how tiring filming a reality show really is. He said that they sometimes start early and film on into the night. In the photo, the family posed with glasses of wine. That’s when the critic noted the alcohol.

A critic wrote, “A whole lot of alcohol!!” Syngin replied, “Not, just some good wine and a lunch.🙌” And, if you ever went to a wine farm in South Africa, you’d discover these are very upmarket establishments. Certainly, these places don’t encourage drunkards and wild parties. You may taste the wines, and often enjoy a delicious meal among the vines. But, out-of-control drinking would certainly mean they ask you to leave.

The whole family oooo what a day @dylan_colchester @charyscolchester @tania.maduro This was probably the easiest filming day out of them all… Trust me its alot of work to do reality tv hahahah long days and long nights.. It's not as easy as it looks 🥵🥵🤯🤯 #90dayfiance #90dayfianceseason7 #90dayfiancehappilyeverafter #tlc #tlcnetwork #realitytv #tv #familytime #family #travel #winefarm #southafrica #westerncape #wine #realitystar #monday #instagood

Many of the wine estates in South Africa date back hundreds of years. Classy, beautiful, and quiet, rowdy drinkers would certainly choose somewhere else to visit. And, the country has very strict drunk driving regulations. So, judging the 90 Day Fiance star in his own country might best not be done by those who don’t fully understand the local culture. Do you agree? Sound off in the comments below.

Josh Duggar’s Arrest May Not Be The REAL Reason ‘Counting On’ Is Over
TLC: ‘Say Yes To The Dress’ Meets ‘Seeking Sister Wife’ In New Episode?
Stream This: Lucy Lawless Back For ‘My Life Is Murder’ On Acorn TV, Preview
‘DWTS’ Pro Sasha Farber Reacts To Simone Biles’ Shocking Olympic Exit
Savannah Chrisley ROASTED For Being Spoiled & Privileged