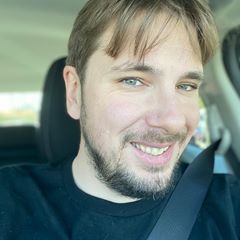 Colt Johnson is embracing his inner beast and posing some very questionable photos of himself on an Only Fans and the comments on his post are hilarious! If you are wondering about Colt’s leaked photos you are in the right spot.

On last night’s episode of 90 Day Fiancé Happily Ever After Jess has finally decided to end her relationship with her, now, ex-boyfriend ‘Coltee’. Jess learned that Vanessa, a girl that Jess has not liked, was now living in the same house as Colt Johnson, thanks to his Mother Debbie.

Colt Johnson has also been sending di** pictures out to various women! You read that right, Colt has been sending some very personal photos of his “manly” parts to other women on Instagram. These photos and videos have leaked everywhere on Facebook! Instead of being embarrassed about these leaked photos of Colt’s mushroom, he decided to embrace this embarrassing tragedy against humanity and start a “Only Fans” page with even more pictures of Colt from 90 Day Fiance.

Hop on Instagram and sneak a peek on Instagram and have some fun reading these very amusing, and s0metimes mean, comments on Colt Johnson’s last post where he tells people to “subscribe to my only fans page”. One person said, “I’ll pay to not see it”.  Another humorous poster decided to comment “Too bad we can’t post pics with our comments!! I’d attach an inch worm picture below”.  There is no doubt these comments are comedic genius, my personal favorite, so far has been, the one asking “Is Debbie taking these photos?”

Colt Johnson posted pictures of himself on an ugly, shagged rug in some very suggestive poses. One eating grapes with nothing on but, maybe, red underwear? One of these photos is of Colt Johnson, on this rug, with no shirt on, flexing his “muscle” or lack of.  I know you want to know more, but you’ll have to go take a look for yourself!

What a Bargain from Colt Johnson

If you want to join this, head on over to Colt Johnson’s Instagram page and subscribe to this very, exclusive group. If you are wondering how much this wonderful group is, you are getting a very good bargain at $25 dollars a month! What a deal huh?  A few of these photos have been posted in various places online, and everyone wants to know what was going on in Colt Johnson’s mind when he took these photos and then uploaded them!