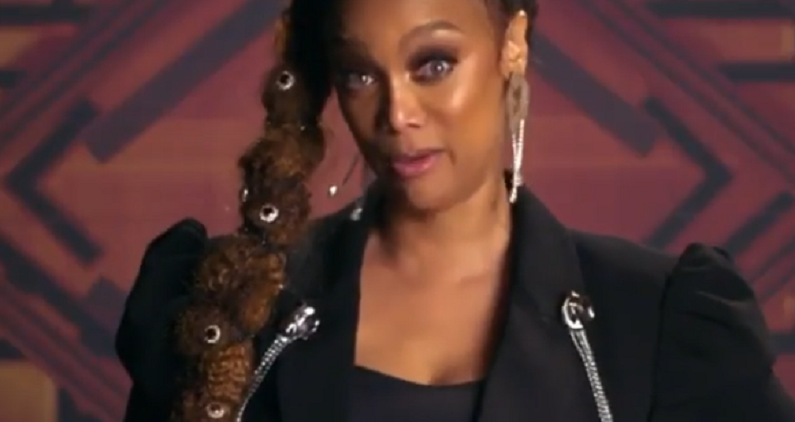 Dancing With the Stars fans are tough to please. They weren’t happy when Tom Bergeron and Erin Andrews announced they were no longer hosting the ABC series. As TV Shows Ace previously reported, they were outspoken about the casting announcements. And now, they’re sharing their thoughts on the Season 29 promos featuring Tyra Banks.

Some accused the supermodel of stealing the spotlight. Others don’t understand why she’s overdressed in the promo photos and commercials. Fans want to see more of the contestants rather than the host herself. It appears that Tyra will be the star of the show since she won’t have a co-host.

Is Tyra Banks stealing the spotlight?

That’s what the fans think. Dancing With the Stars fans are sharing their thoughts on the new promos for Season 29. They have a feeling that the dancing competition will focus more on Tyra Banks than the contestants. In the new promo on the official DWTS Instagram page, Tyra was front and center as it promised to offer “next level” competition.

Meanwhile, all 15 celebrity contestants flashed by on the screen. Tyra was still the center of attention. She asked fans if they’re looking forward to a new season of dance. America’s Next Top Model alum wore a daring costume. She was decked out in an embellished black blazer dress and matching gloves. Her hair is styled in a long braid. Tyra also showed off her signature smize and model moves.

Are you ready for a new season with new stars? 🌟 It all starts next MONDAY on ABC!

The ad was intended to get fans excited about the 29th season of the longtime series. But viewers weren’t here for Tyra. They wanted to see more of the celebrities who are competing on the show. One claimed that Tyra was trying to steal the spotlight.

Others think she’s trying to widen the DWTS audience by starring in the promos alone because she was advised to do so by the producers. But most fans feel that the model was only promoting herself and her new hosting gig. Viewers think she’s trying way too hard, while others vowed not to watch the new season.

ABC posted another promo on Instagram. This time, Tyra Banks is all by herself. There are no mention of the contestants. The network teased that the show is returning in one week but Dancing With the Stars fans aren’t excited. They’re already sick of seeing Tyra everywhere.

It’s clear that DWTS fans are having Tyra overload. Tyra previously admitted that she has big shoes to fill when she hosts the new season of the celebrity ballroom competition. In an interview with Entertainment Tonight, she credited the comedian for DWTS’ success. Tyra hopes to make her predecessor “proud” and hopes he will point out her mistakes.

What are your thoughts on the promos for DWTS Season 29? Do you agree there’s too much Tyra? Sound off below in the comments section.