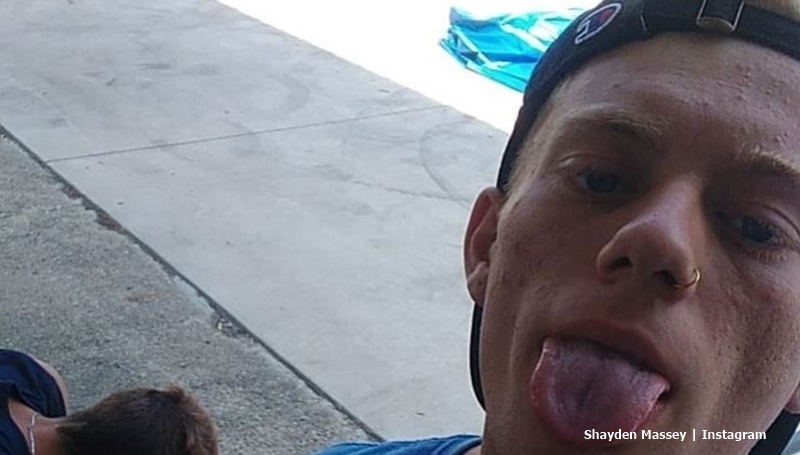 Unexpected star Shayden Massey boasts a ripped-looking physique these days. And, it’s probably just as well he works hard on his fitness levels. He just got involved in a very scary-looking car accident. Injured and in pain, he nevertheless survived it.

On the weekend, Shayen took to his Instagram and shared a photo of himself with a friend. He also shared two photos of cars involved in an accident. Actually, his car looks really badly messed up. And, Shayden probably got lucky as he walked away from it. Concerned TLC fans commented about how lucky he is that his daughter Scarlette wasn’t in the car with him.

Shayden told his Unexpected fans, “Hoping for a fast recovery.” Then, he elaborated, “Broke my sternum, sprained my neck, collarbone and hip.” Plus, he noted, “i dont have to cry to be in pain, ill never let anything stop me from livin, whether i broke bones or not.” In reply to one fan, Shayden confirmed that he was in the accident and not just his friend.

Talking about Shayden’s daughter, one fan said, “Thank god the baby wasn’t in the car🥺.” Another person noted, “Dang…. thank god Scarlett wasn’t there hope you get better ❤️.” But, lots of others couldn’t believe he walked away from the car crash. Actually, the cars look seriously damaged. As one fan pointed out, “Omg prayers for you. looks like God has other plans for you.. thank God for saving you. this looks horrible 🙏🏼🙏🏼.”

In fact, perhaps all the hard work at the gym paid off for Shayden. The Unexpected star works out daily. And, he puts in a lot of effort. In fact, the Unexpected star flaunts a really ripped-looking physique these days. Perhaps his high fitness level meant he was better able to cope with the trauma. Young people also seem more resilient and they tend to recover quicker than oldies.

Hoping for a fast recovery.

It’s not clear who drove the car, but that broken sternum might be a result of hitting the steering wheel. It sounds like Shayden suffered from some whiplash. The Ask Adam Skutner website talks about it. “Whiplash is the common name for muscle, ligament and tendon injuries that can happen in a car accident.” Additionally, the site notes that whiplash can be very painful, and it…[takes] time to heal.

Just because the Unexpected star never broke any bones doesn’t mean Shayden feels pain-free. Sometimes, it takes a long time before everything heals again. Additionally, the fact he hurt his hip also comes from the tremendous forces at work when moving objects hit each other. Many fans hope that Shayden recovers without long-term side effects.