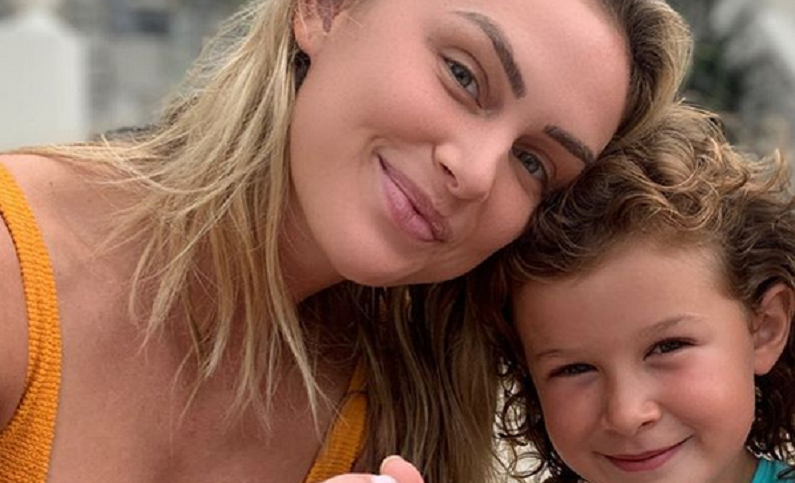 Randall Emmett and Lala Kent announced their pregnancy news last week. They made the announcement on her 30th birthday. Randall has always celebrated Lala’s birthday in a special way. He even popped the question on her birthday back in 2018.

The couple had to postpone their lavish wedding due to the coronavirus pandemic. But that hasn’t stopped them from making the next move in their relationship. Lala and Randall made it clear that they want kids. They even revealed that they were making babies while quarantining together.

Well, it happened sooner rather than later. And now Randall is sharing an update with his followers.

Randall Emmett took to Instagram to share a stunning photo of Lala Kent. On Monday, September 6, Randall Emmett posted a photo of the expecting mom. In the photo, Lala wears a butterfly print bikini with a black lace coverup. It’s similar to the ensemble Lala wore on her birthday getaway with Randall. Last weekend, the movie producer took to her to a spa in a remote area.

In the caption, Randall simply added the red heart. The comments section was filled with fans who were overwhelmed by Lala’s beauty. They fell in love with the couple, especially after seeing them together on Vanderpump Rules. Randall joined the show during Season 8. He fit in well with the rest of the group and even became good friends with Jax Taylor and Brittany Cartwright.

Here are the latest comments about Randall’s photo:

Fans are so happy to see the couple on better terms. Last month, the split rumors swirled when Lala removed Randall’s photos from her Instagram page. But she admitted her faults. The model said she was being “petty” because he went boating when he was supposed to help her with groceries.

Lala Kent and Randall Emmett excited over the baby news

This milestone has brought them closer together. Vanderpump Rules fans expected some sort of announcement from Lala Kent and Randall Emmett, especially on her birthday. On their podcast, Give Them Lala…With Randall, she shared their excitement.

The VPR co-star is embracing the recent changes in her life. Lala has also celebrated her sobriety. The beauty entrepreneur has been regularly attending her AA meetings. Lala admitted that she’s not usually one to embrace change.

“My life is changing very quickly,” Lala continued. “I don’t love change, even though it’s all great things, it’s like, well, wait a minute, I’m a kid still, a kid having a kid.”

This will be the first for Lala, and the third for Randall, who has two children from his first marriage.