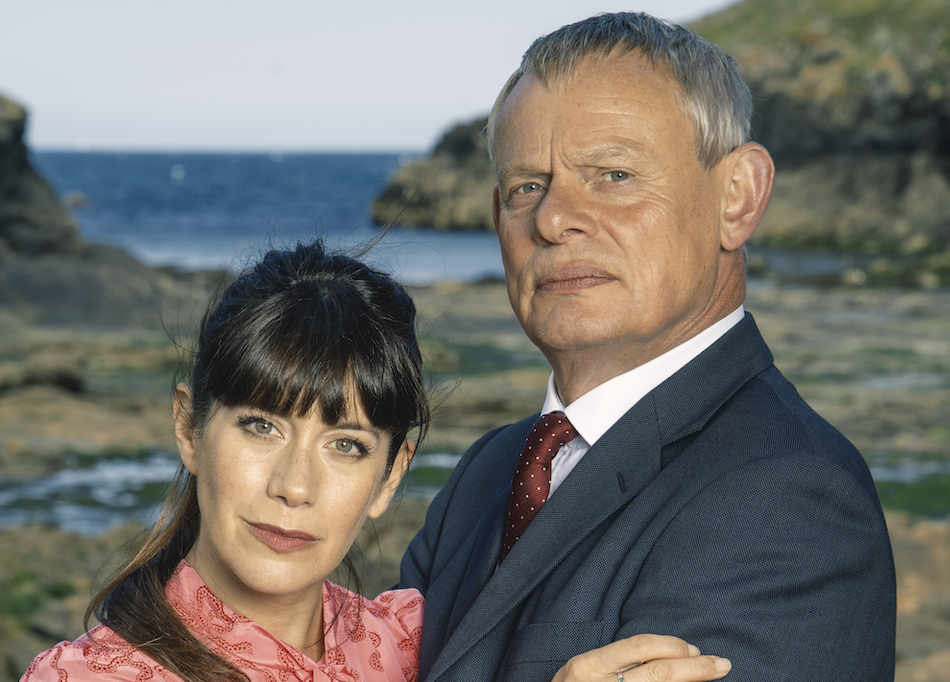 Doc Martin is ending. But, there will be a Series/Season 10 before the curmudgeonly doctor in Cornwall is over.

Why are they canceling this beloved British series and when they will they air the final episodes?

On Monday, Doc Martin fans were shocked to learn that their favorite series is ending. ITV announced on Twitter, “Confirmed: The next series of Doc Martin will be the last. Filming begins in 2021 and will air next year too. Martin Clunes says, ‘After 16 years we now feel that the time has come to say goodbye to Portwenn’.”

According to Digital Spy, Clunes, and his wife and producer of the show, Philippa Braithwaite, made an announcement.

“We have loved making nine series of Doc Martin. When we launched the series in 2004 we could never have imagined how much our loyal viewers would take to the grumpy Doc like they have. The series has avid fans both in the UK and throughout the world and we are thrilled that Doc Martin has topped the ratings every time.”

Then, they dropped the blow. “However, after sixteen years we now feel that the time has come to say goodbye to Portwenn. We will be making the tenth and final series in 2021 and we are very much looking forward to returning to Cornwall to film it.”

What Is Doc Martin About?

Doc Martin is the dramedy about a grumpy physician, the quirky Portwenn residents and the incredible landscape of Cornwall, England. Starring Martin Clunes, as Martin Ellingham, the vascular surgeon who winds up in Cornwall because he develops hemophobia, the fear of blood. He starts out grumpy, and gets grumpier as the locals call him Doc Martin, instead of Dr. Ellingham. Where is the respect?

Some say the doctor may be on the spectrum. He has no people skills, no bedside matter and no tact. This means that situations are either very funny, or very upsetting in this comedy-drama.

His wife Louisa is played by Caroline Catz. This is a talented all-British cast that has delighted fans since 2004.

Perhaps one of the most famous guest stars of the show was Sigourney Weaver. Many people who may not have previously paid attention to Doc Martin certainly did when the Alien star appeared as Beth Traywick. Turns out, Sigourney is good friends with Selina Cadell, who plays Sally Tishel, the pharmacist on the show. The two have been friends for over 40 years.

When Will They Film Series/Season 10?

The plan is to film Doc Martin Season 10 in March 2021. Then, the final episodes will be released later in 2021. This is all assuming that production can begin in 2021 during this time of the Covid-19 pandemic.

Confirmed: The next series of Doc Martin will be the last. Filming begins in 2021 and will air next year too. Martin Clunes says, 'After 16 years we now feel that the time has come to say goodbye to Portwenn'. pic.twitter.com/xfKOOFnJ6a

Doc Martin Fans Will Get Their Ending

There has long been speculation that Doc Martin would end at the Series 9 cliffhanger. The good doctor failed his General Medical Council assessment. Before he could tell her about this failure, Louisa told him some bigger news. He was going to be a father again!

There is no news on whether there will be a time jump with Series 10, or if they will continue the story right after. Fans are just glad that there is a story to continue. Many surmised that this would be the ending. It will be very curious to see how they end this beloved dramedy. The most important detail is that they are going to give this treasured series a true ending.

Fans can currently watch Doc Martin on Acorn TV, just as they can Midsomer Murders and Agatha Raisin.