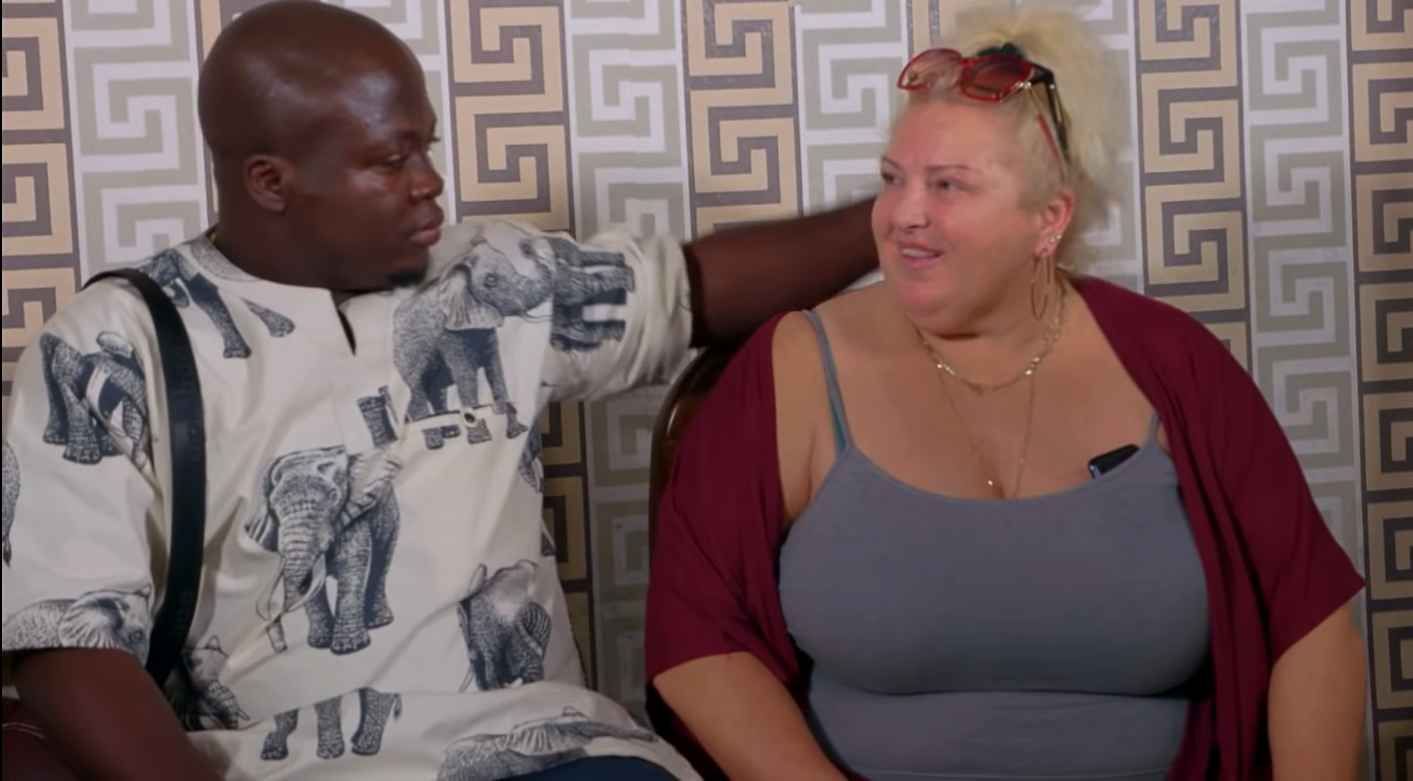 It seems like 90 Day Fiance: Happily Ever After? stars Angela Deem and Michael Ilesanmi are constantly facing challenges. Whether it’s the age gap between them or the difference in cultures, it is a constant battle to stay together. As they finally tie the knot on Sunday’s latest episode, it looks like Michael won’t be able to join his wife in America.

Angela and Michael have faced a lot of challenges in their relationship. First, there is the 23-year age gap, which leads to problems with having children. The age difference also leads to jealousy and insecurity between the pair. Angela doesn’t like her Nigerian fiancé to be anywhere near younger women. The couple’s recent bachelor and bachelorette party brought these problems to the forefront.

Angela can’t trust Michael if he is alone with his friends. This is why Michael, Angela, her friend Jojo and Michael’s friends got together for the joint bachelor and bachelorette party. This turned out to be a disaster as Angela watches her beau eyeing a stripper’s butt.

Despite all their problems, Angela and Michael are still together. The latest episode of 90 Day Fiance: The Other Way? features their wedding, complete with cold feet! A good scene is when Michael hands Angela a bag, containing her bouquet and the smaller bouquet for throwing. The flowers are beautifully arranged to represent her family back in the US. The fact that her family cannot be there moves Angela to tears.

Viewers then see Angela preparing for his wedding. A hairdresser arrives to do her hair and she finally dons her wedding dress. Viewers see the wedding ceremony start, but they don’t get to see the ending, which will hopefully air next week.

It turns out the wedding was in January 2020 and the couple has been apart since then. As noted by Screen Rant, Angela, 54, is back in the States, while Michael, 31, is still in Nigeria. Due to the current COVID-19 pandemic, it doesn’t look like this will change any time soon. Immigration services have been temporarily closed down in the US, meaning spousal visas will likely be delayed.

There is also the likelihood that Michael and Angela’s application will never be accepted. President Donald Trump earlier expanded the travel ban to include Nigeria on the “no” list. This means that even after the coronavirus pandemic, it is unlikely Michael will get a spousal visa.

Michael was already denied the K-1 visa, which is why Angela had to travel to Nigeria for the wedding. Now it looks like the newlyweds will be apart for some time. Angela has already revealed she could never leave her comfortable life in the States to move to Nigeria.

Keep up with Angela and Michael’s story on 90 Day Fiance: Happily Ever After? on TLC, Sundays at 8 pm EST.