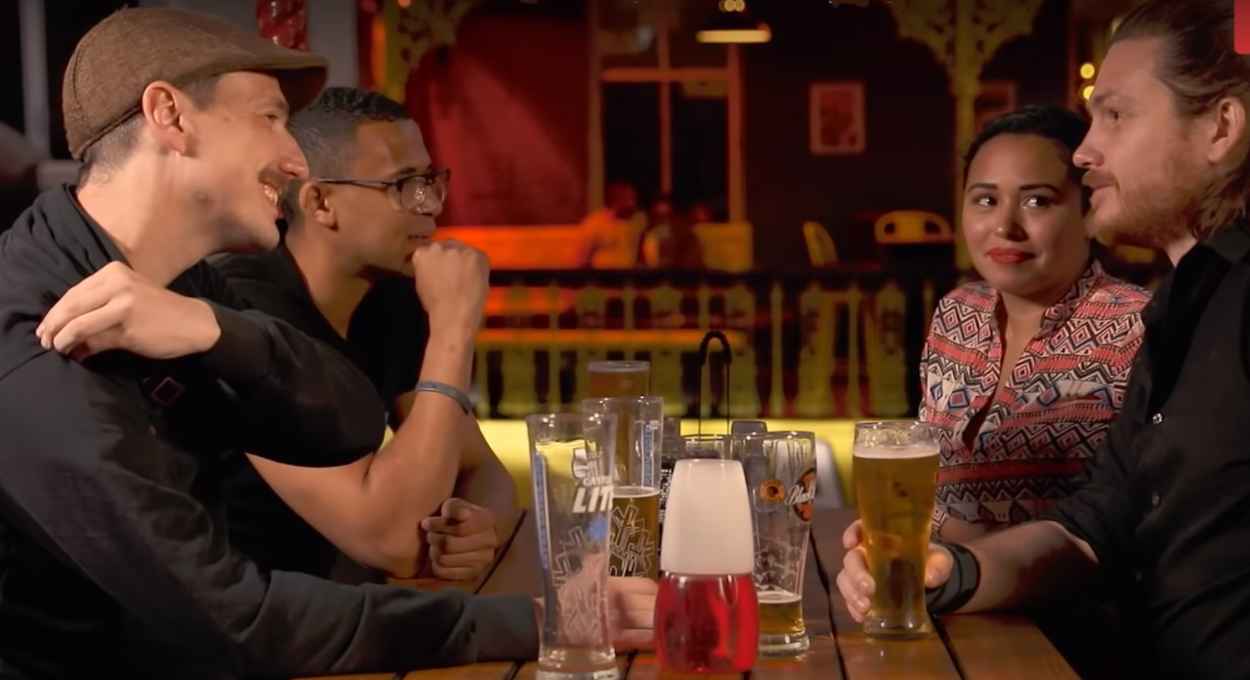 On this season of 90 Day Fiance: Happily Ever After? the relationship between Tania Maduro and Syngin Colchester is not going well. Since the start of the season, it feels like they are going downhill in their marriage. While they have been in Cape Town, it has been one argument after another, no matter what they do. Can this 90 Day Fiance couple make things right?

Ever since Tanya and Syngin arrived back in his hometown of Cape Town, it has been one fight after another. There were major problems at the braai with Syngin’s family and now, during a pub night with his friends, things are tense.

The pair flew to Cape Town due to a medical emergency involving his brother, Dylan, but Syngin is obviously thrilled to be there. The current major cause of the tensions is deciding whether or not to start a family. Tania wants to have children, but Syngin isn’t so sure. In recent episodes, he has made it clear he is not interested in the “American dream,” and would prefer to move back home.

At the family braai, Syngin’s family got a full taste of their relationship problems. They tried to help, but can’t. Tania told Syngin at that time that if two years weren’t enough, they shouldn’t do this anymore.

Tania and Syngin go on a pub night with his friends

In the episode 90 Day Fiance: Happily Ever After? of September 6, they try to work things out. First, we see the couple visiting the Cape Winelands with his family. His parents talk to Tania about her attitude. Syngin’s step-father tells the camera that Tania is very opinionated. He said this is good, but she should think before opening her mouth. He goes on to tell the pair that if the arguments are outdoing the loving, the warning signs should go off.

Later, we see Tania and Syngin meeting his friends, Andrew and James, for an evening out. In her confessional, Tania says she hopes they can get back on a better track. Syngin’s family has told her to try being more patient with her husband but that isn’t easy for the TLC reality star.

The group orders Jägerbombs all around and before they are served, things start falling apart. Syngin’s friends pointed out that they didn’t expect a “return flight” from her. Tania opened up, admitting things haven’t been stable for them as a couple. His friends point out that she is in “denial.” This is after Tania mentioned several red flags she had seen and chosen to ignore. This definitely struck a bad nerve with Andrew and James, who tell Tania she has “sold” herself.

90 Day Fiance stars are in a relationship they chose

Syngin’s friends point out that he and Tania share opposing points of view, but noted they are in a relationship they chose to be in. Tania went on to say her time in South Africa has been a “build-up moment,” which could make their relationship stronger.

As for Syngin, he realizes their “vacation mode” won’t go on forever. He says he needs to sit down and talk it out with Tania in private. Syngin doesn’t want to have to wash their dirty laundry in public with his friends. The TLC reality star admits that Tania’s attempts to belittle him have made him question his marriage. At this stage, Tania appears to be in the marriage for the long run, while Syngin is not.

In a recent interview with ET, Tania and Syngin admit to still being together and back in Connecticut. They said if relationships were only built on love, they would have the best ever. However, Tania and Syngin also admit that they are two individual people. They each have their own minds, habits, likes, dislikes and thoughts. The pair said if they can blend this all together, then they will see.

Most likely, quarantining together in the States has given Tania and Syngin the time they need to sit down and talk. Fans hope this will work out well for the fan-favorite 90 Day Fiance couple.

Keep up with Tania and Syngin on 90 Day Fiancé: Happily Ever After? on Sundays at 8 pm ET on TLC.