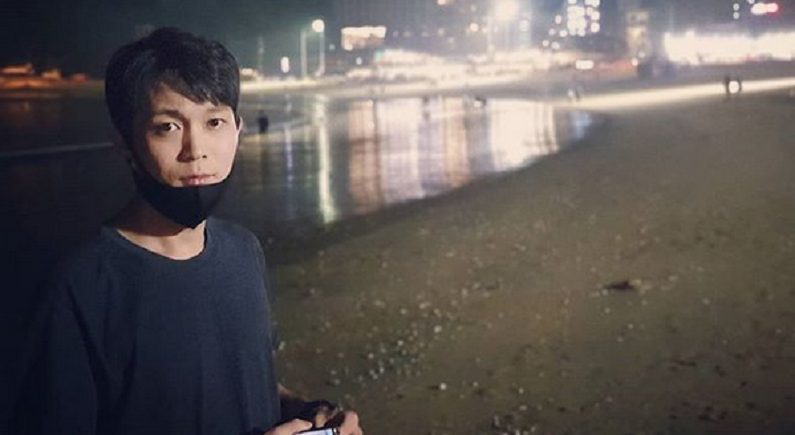 90 Day Fiance star Jihoon Lee confirmed his split from Deavan Clegg. Then fans quickly found out that she moved on with an actor who lives in Los Angeles. She’s been teasing photos of him all over her Instagram page. But fans already know that it’s Topher Park in the photos. Unfortunately, Deavan isn’t subtle since she liked some of his photos on his respective Instagram page.

Deavan hasn’t confirmed her new relationship. Maybe because 90 Day Fiance: The Other Way is still airing on TLC. The show went on a midseason hiatus and will return in October. Meanwhile, Jihoon is making his own moves.

How does Jihoon Lee plan to move on?

The 90 Day Fiance star gave his followers an update on his life. He wants to make some major moves since his split from estranged wife Deavan Clegg.

“Moving day,” Jihoon wrote on a series of three photos posted to his Instagram account. In the first photo, a pair of movers load items out of a blue pickup truck. The next two photos show a ladder-lift that transports the heavy items into the apartment’s window. Jihoon is now ready to move on after his split from Deavan.

90 Day Fiance fans had a feeling that the couple was headed for splitsville. They noticed that Deavan returned to Utah after she moved to Jihoon’s native country of South Korea. On the second season of The Other Way, Deavan makes her move, so the couple can start their new lives together. However, Deavan’s mom, Elicia Clegg, told fans that her daughter was only visiting family and got “stuck” back home due to the coronavirus pandemic.

Then on August 20, Deavan confirmed that she “moved back” to the U.S. Just two days later, Jihoon held an Instagram Live confirming his split from Deavan. In a separate Instagram Live, he hinted that she has a new boyfriend. Fans think Deavan is erasing her relationship with Jihoon, but she feels it’s the other way around.

Deavan is not taking the blame in this split. 90 Day Fiance fans think her new photos with her mystery man will hurt Jihoon. But she claims that he wants to pretend that their relationship never happened. However, Jihoon has already been sharing his side of the story.

As for Deavan, she promises all will be revealed during the tell-all special. But most 90 Day Fiance fans assumed the couple was doomed from the start. From the moment Deavan became pregnant, she felt they had to get married. Deavan also claims that Jihoon has blocked her on social media and doesn’t reach out to her.

She instigated the deadbeat dad rumors. 90 Day Fiance: The Other Way returns Sunday, October 11 at 8 p.m. ET on TLC.