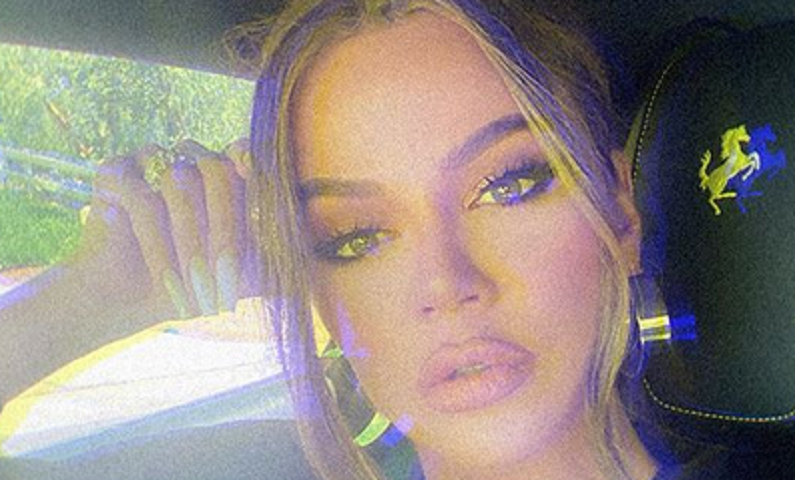 Khloe Kardashian is reportedly back together with Tristan Thompson. She wants to give their relationship another try. The couple first split in 2019 when Tristan was caught kissing Kylie Jenner’s former BFF, Jordyn Woods. He was also allegedly unfaithful when she was pregnant with their first child, True.

Khloe has been dropping hints about their relationship on social media. Like most celebrities, she’s good at posting cryptic messages. But, now it looks like she’s defending their rekindled romance. Khloe hinted that she feels he has grown. Meanwhile, her fans wish she would take a break from social media altogether.

The Keeping Up With the Kardashians star took to her Instagram Stories on Sunday, September 6. She posted a series of quotes and cryptic messages. But, there is one that stood out. It looks like Khloe is addressing the backlash over her relationship with Tristan.

“Just because you did something wrong in the past doesn’t mean you can’t advocate against it now,” the cryptic message read. “It doesn’t make you a hypocrite, you grew. Don’t let people use your past to invalidate your current mindset…. Growth: A concept. Embrace it.”

Is Khloe fighting back at the haters? Does that mean she thinks Tristan has grown? Is she insisting that they both have grown and she wants to move on from their past? This comes amid a new report that Khloe wants to “move on,” even though she has “not forget” what he did to her.

“It is always a worry that Tristan can go back to his old ways, especially once he’s on the road and working again, but they have spent so much time trying to heal from past wrongdoings, so this isn’t her main focus at this point,” an insider told Us Weekly on Thursday, September 3. “She wants to move on and eliminate that chapter from their lives, but not forget about it at the same time.”

Khloe and Tristan have grown close in the past few months. The exes quarantined together with their 2-year-old daughter. However, Khloe and the NBA star want to remain civil in an effort to co-parent true. But then the rumors swirled that the couple wants to give their relationship another chance.

Khloe Kardashian has kept quiet about their relationship on social media. But that hasn’t stopped her from speaking through inspirational posts on family, love, and relationships. While most of Khloe’s fans enjoy the quotes, some think she should take a break from social media altogether. KUWTK fans on Reddit had a discussion about Khloe’s social media posts.

I forgot I had more photos to post lol yep…. they are still coming

One suggested that followers should “stop judging” Khloe for the messages that she posts. Another poster suggested that “she should just private her accounts or limit the comments and tweets she receives if it’s that serious.” While it’s clear that Khloe will never make her social media accounts private. It’s obvious that she’s aware of the backlash over her relationship with Tristan.

So, do you think she believes he has grown and matured?