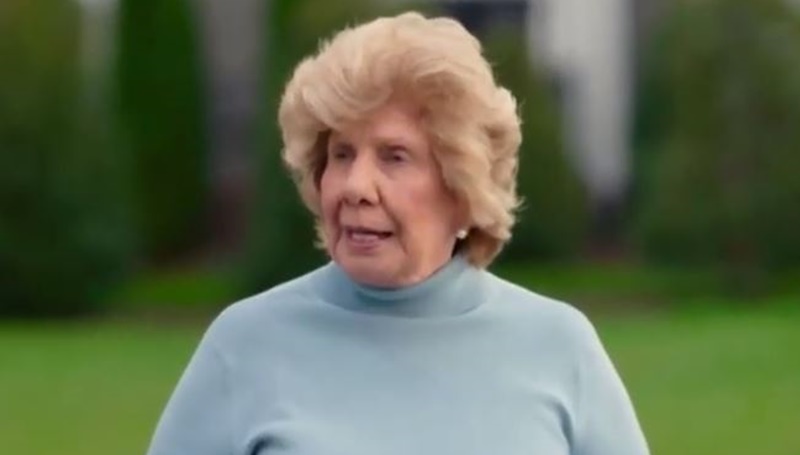 Chrisley Knows Best fans think that Nanny Faye is the best and funniest member of the cast. She and Chase get into all sorts of shenanigans. Over their Christmas episodes, Nanny Faye stole the show, fans think. And, they got belly laughs as she prepared for the Christmas Cart Parade.

We reported that last week, the cast of the show revealed their best moments from Season 8. Nanny Faye enjoyed shopping with her sister. But, many fans also shared their favorite moments. Chase and Nanny Faye seem to always take the win with fans. In fact, on Twitter, one fan suggested they get their own spinoff.

However, the Christmas episodes bring the most belly laughs to Chrisley Knows Best fans. Firstly, fans loved it when E!News reported they could look forward to Nanny Faye dishing her “Christmas wish list.” Nanny Faye made a meal of it, with her list.

She wanted, “a Gucci leather handbag, a Louis Vuitton luggage set—the whole set, not just one piece—a new car, a new Mercedes.” Then she added, a bit more, saying, “A Cartier gold and diamond watch and a Prada black handbag.”

Everyone knows that Nanny Faye is really competitive. She entered the Christmas Cart Parade and really wanted the best-decorated prize. She never actually came first, as she got beaten out by a reindeer, into second place. But, fans said they belly-laughed as she and Chase scouted the neighborhood for ideas. Spying on the competition had fans in stitches.

The Chrisley Knows Best page on Instagram shared a screenshot. They captioned it with, “You’re on a mission: tag the Chase to your Nanny Faye.” Fans recalled how much they enjoyed watching Chase and Nanny Faye. One said, “this part had my stomach hurting from laughing so hard🤣🤣.” Another fan noted, ” This had me lmao❤️.”

You're on a mission: tag the Chase to your Nanny Faye. 🖤

Meanwhile, over on Twitter, more fans talked about Nanny and her grandson Chase. One of them wrote, “I swear @ChrisleyChase and Nanny Faye need their own spin off show. Those two are the best version of Bonnie and Clyde. they bring much needed laughter to us all!”

Another fan of Chrisley Knows Best wrote, “my neighborhood always does a 4th of July golf cart parade. We tried this year having a Christmas golf cart parade like nanny fayes but it rained. That looked so cool!!” Well, it’s not likely that everyone’s grandma who participated went on a spying mission around the neighborhood!

Did you enjoy the Christmas episodes of the show? Are you in love with Nanny Faye and Chase? Sound off in the comments below.